TSMC is now officially the biggest semiconductor manufacturer in the world. This week, the company's market cap grew once again, hitting a total value of $313 billion USD.

Taiwan Semiconductor Manufacturing Company, better known as TSMC, has passed its competition and grabbed the number one spot in the world as the highest valued semiconductor manufacturer. This is thanks to TSMC seeing a strong upswing in it stocks and hence, its market capitalisation, during the last month.  Share prices rose by almost 20%, going up from $56 per share on June 22 to $66.89 today. 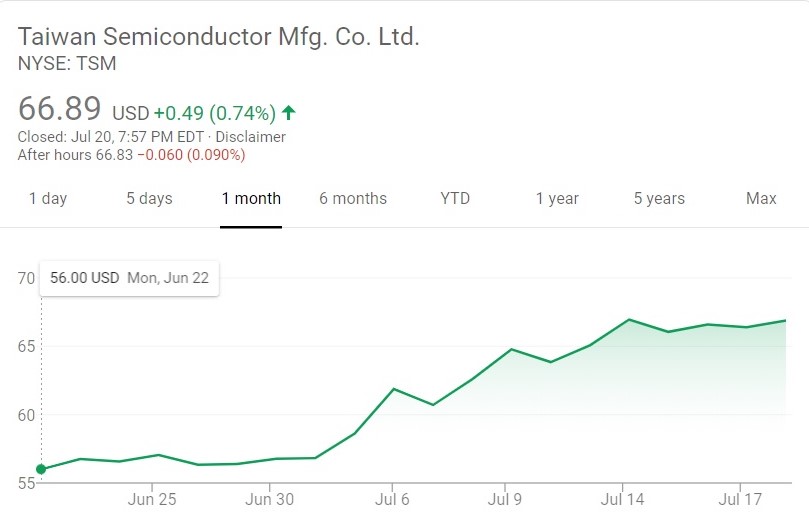 This isn't to say that TSMC also has the highest revenue in the business. Intel was recently reported (by YCharts (via Investopedia)) to have a revenue of $75.7 billion, close to double that of TSMC's $37.9 billion revenue. However, if TSMC is able to secure a contract to manufacture Apple Silicon chips for future Macs and the company builds a fab in the United States, the revenue can be expected to grow quite a bit.

KitGuru says: Even though TSMC is planning to stop Huawei shipments in September, the company is looking to continue to grow. What are your thoughts on TSMC officially becoming the biggest semiconductor manufacturer in the world? Do you think that it will keep the position for a long time to come?