When Mario Kart Tour was first announced, one of the most interesting decisions by Nintendo was to make the mobile racing title playable only in portrait mode. As the game races towards its first anniversary, players who prefer a wider field of view can now play Mario Kart Tour in landscape.

In an update video titled “Race in portrait or landscape, your choice!” Nintendo announced that players will be able to play Mario Kart Tour in both landscape or portrait starting from today, the 21st of July, saying “Players will have the option of racing in either the existing portrait mode or the new landscape mode! Landscape mode includes a new control layout, so find your favorite way to play!”

Based on the trailer, it appears as though selecting landscape or portrait will have no effect on who you’re matched with. Instead, as stated by Nintendo, you can simply “find your favourite way to play.” 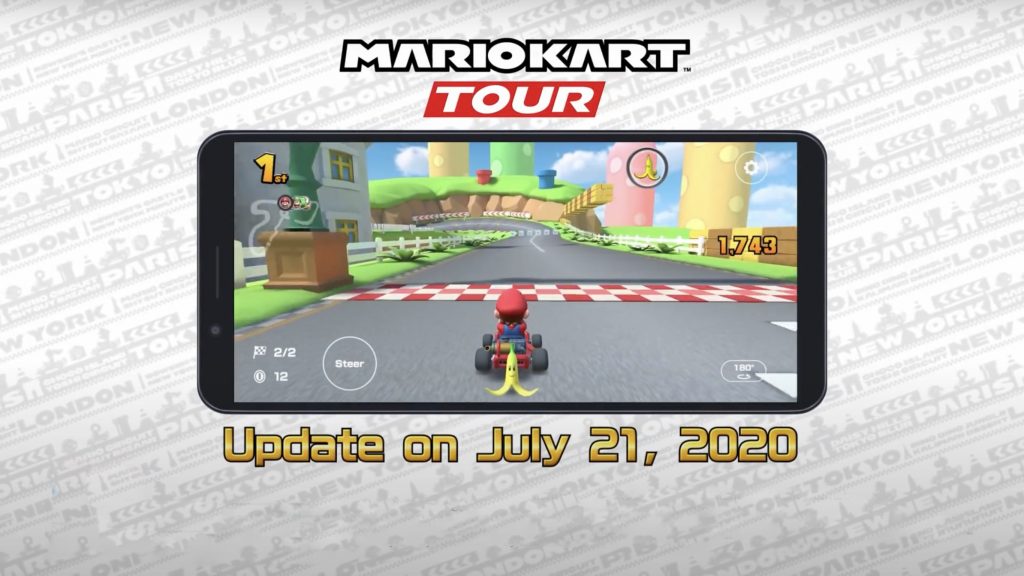 Mario Kart Tour first launched for Android and iOS in September 2019 to mixed reviews, due in part to its gacha system, as well as its lack of true multiplayer. Since its launch, Nintendo have consistently updated the game with new characters, maps, vehicles, seasonal events, and even real-time multiplayer.

Though it is unlikely that Mario Kart Tour will ever replace a dedicated console Mario Kart game, the addition of a landscape mode does bring the title that much closer to reality.

KitGuru says: Have you played Mario Kart Tour? What do you think of Nintendo’s mobile offerings? Are you excited by this update? Let us know down below.