Just last week, Facebook announced that it will add ‘trust indicators’ to combat the spreading of false information. Further progressing on its plans to ‘combat fake news and propaganda’, the social media page is now adding a tool to allow users to identify whether or not they have interacted with Russian propaganda pages.

The tool will arrive at the end of the month, displaying Kremlin-linked Internet Research Agency pages and whether or not users have been following them. Activity between January 2015 and August 2017 will be tracked in particular, as a part of quashing the reported Russian interference during the 2016 U.S. Election.

Since suspicion of the interference arose, Russian-linked pages have been found guilty of arranging offline rallies in favour of specific political parties as well as pushing themed advertisements that link to pages that push a similar agenda. 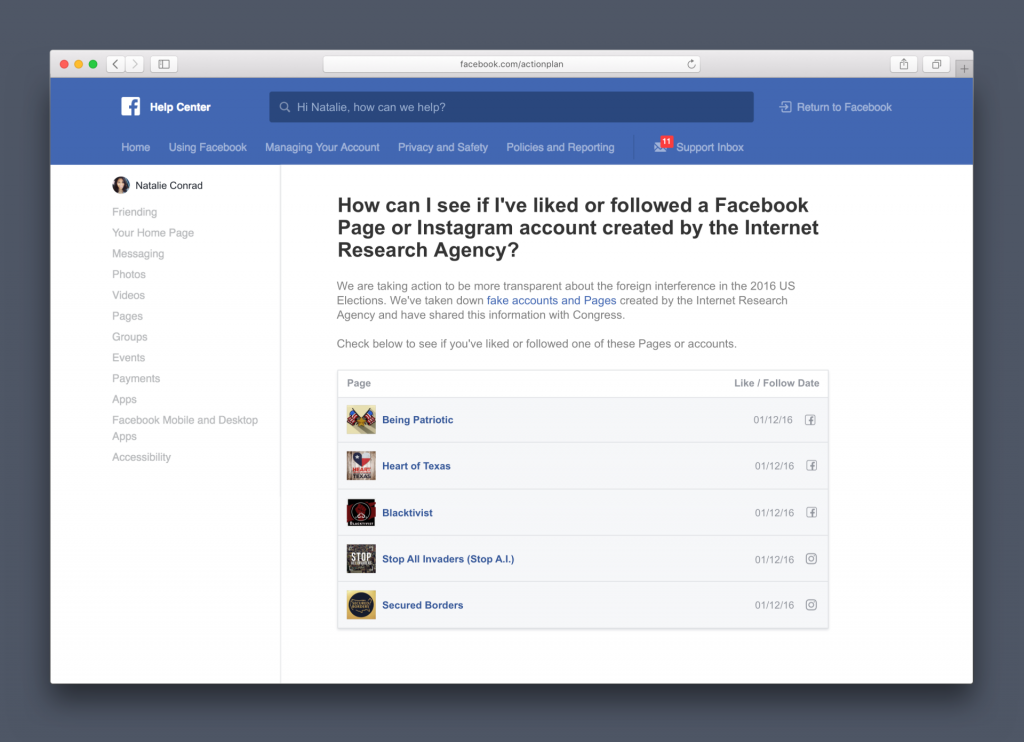 This move “is part of our ongoing effort to protect our platforms and the people who use them from bad actors who try to undermine our democracy,” says Facebook. It also takes a step forward into the transparency and decisive action that Congress has demanded from the social media site since the allegations came about.

Facebook’s new tool will be limited in its functionality, only showing you whether you’ve liked or followed the accounts in question, meaning that you won’t be able to discern whether you actually saw or shared posts from those pages unless you manually figured it out from memory.

KitGuru Says: It’s great that Facebook users will now have the option of unfollowing untrustworthy pages, however I am more interested in the steps it’s taking to move forward instead of looking back. Hopefully people will see past the part of being duped and look ahead so that the same thing doesn’t happen again.