Back in September 2018, OnePlus announced plans to break into the TV market, broadening the company's reach beyond smartphones. Earlier this year, new details about the screen were released and now this week, the OnePlus TV has been officially announced- featuring 4K UHD resolution, HDR and Android TV baked in.

At a launch event earlier this week, OnePlus co-founder, Pete Lau, said the aim here is to bring smartphones and televisions closer together. This is achieved via support for multiple digital assistants and the OnePlus Connect app, which allows a smartphone to be linked to the TV to play content, adjust volume and access other useful controls.

The TV itself is a 55-inch 4K (UHD) QLED TV with ultra-slim bezels and support for HDR 10+ and Dolby Vision. There is a speaker module that slides down from the back of the TV and hangs underneath the screen so that audio isn't obstructed.

The speaker seems to be pretty solid too, particularly compared to most built-in TV speakers. This is an eight-speaker system with two rear-facing subs, four front-facing full range speakers and two tweeters. All of this was developed with Dolby Surround in mind and also allows for Dolby ATMOS support. 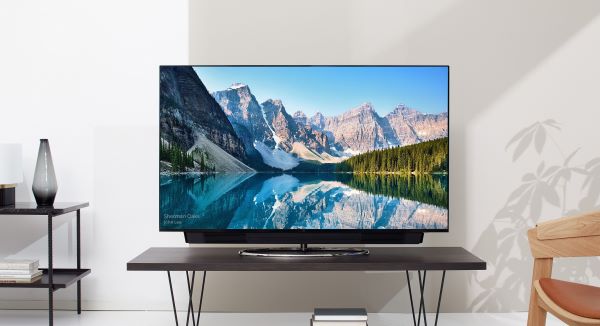 The OnePlus 55 Q1 Pro is powered by an Android operating system, meaning that you will have access to a whole load of applications and services at your fingertips. Another feature of the 55 Q1 Pro is a voice activation capable remote that has a multi-directional button and a shortcut to Amazon prime video.

Included with the OnePlus TV is support for both Google Assistant and Amazon Alexa for voice commands. Other features include Oxygen Play, which is OnePlus' own platform and will be supported with updates for at least three years. OnePlus Connect can also be used to turn your smartphone into a remote with full control over navigating the TV's menus. This feature will also automatically lower TV volume if a phone call comes through.

We expect the OnePlus 55 Q1 Pro to cost around £1100 but currently, there is no official word on availability outside of India, so we will have to wait and see if OnePlus is preparing to release this TV over here in the UK.

KitGuru says: The OnePlus 55 Q1 Pro has some really interesting and unique features, but would this be enough to tempt you away from the more popular TV brands?