Driverless car technologies are coming on leaps and bounds at the moments, with the world's first motorway-only automated features set to hit commercial cars as soon as 2017. However, whether our automated future will look like the cars of old, or something more akin to Google's Pod Car design remains to be seen. Especially when NASA is also developing some very versatile and driverless vehicles of its own, based on some of its remote rover technology. 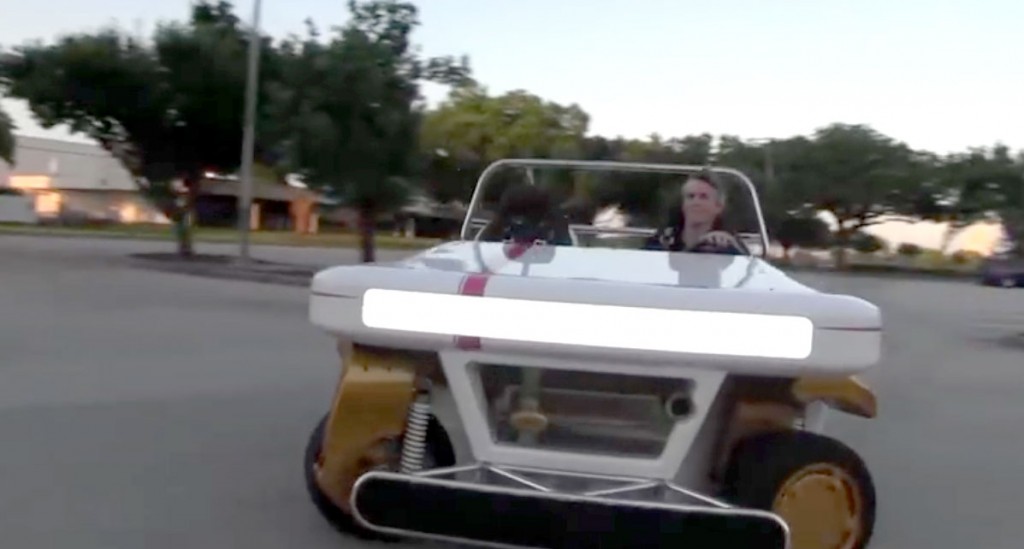 Who knew a NASA scientist would be the next drift king?

The Modular Robotic Vehicle, or MRV, was shown off in a recent trial run at the Johnson Space Centre, where the fully electric vehicle debuted its abilities to operate with and without a driver, as well as pull off stunts that are impossible for traditionally powered vehicles. Thanks to its individual wheels, all fitted with liquid cooled electric motors that can operate independently, the MRV is capable of driving completely sideways, making parking – and drifting – a piece of cake.

The MRV has several redundant safety systems built into it and can be controlled remotely, in-the car itself or instructed to operate entirely autonomously.

According to the video's description, this is just one of several automated vehicles that the space agency is developing in conjunction with traditional automakers. NASA recently announced plans to work with Japanese automaker Nissan to develop an autonomous, zero-emissions vehicle with the first test set to take place this year – it's not clear if the MRV is part of that pledge.

KitGuru Says: They look like they have a lot of fun at NASA. I'm starting to wonder if writing about all of this cool stuff was the wrong career path.