US to develop hoverbike for military uses

The US military is looking to further develop a hover bike design produced by joint British and American engineers for military and other purposes. It’s thought that the piece of futuristic kit will be used in many situations currently occupied by helicopters and could work as a manned alternative to drone technology, which is also supplanting many traditional helicopter roles.

A prototype of the technology was developed by British design firm Malloy Aeronautics, after it received £65,000 from a Kickstarter campaign. The design used large fan blades to generate the force required to keep the craft upright and hovering just above the ground, though it was found to be difficult to control. That is what the partnership with US defence contractor Survice will help it fix, as it will need to be perfected before any commercial versions are made available or sold on to different militaries and other organisations. 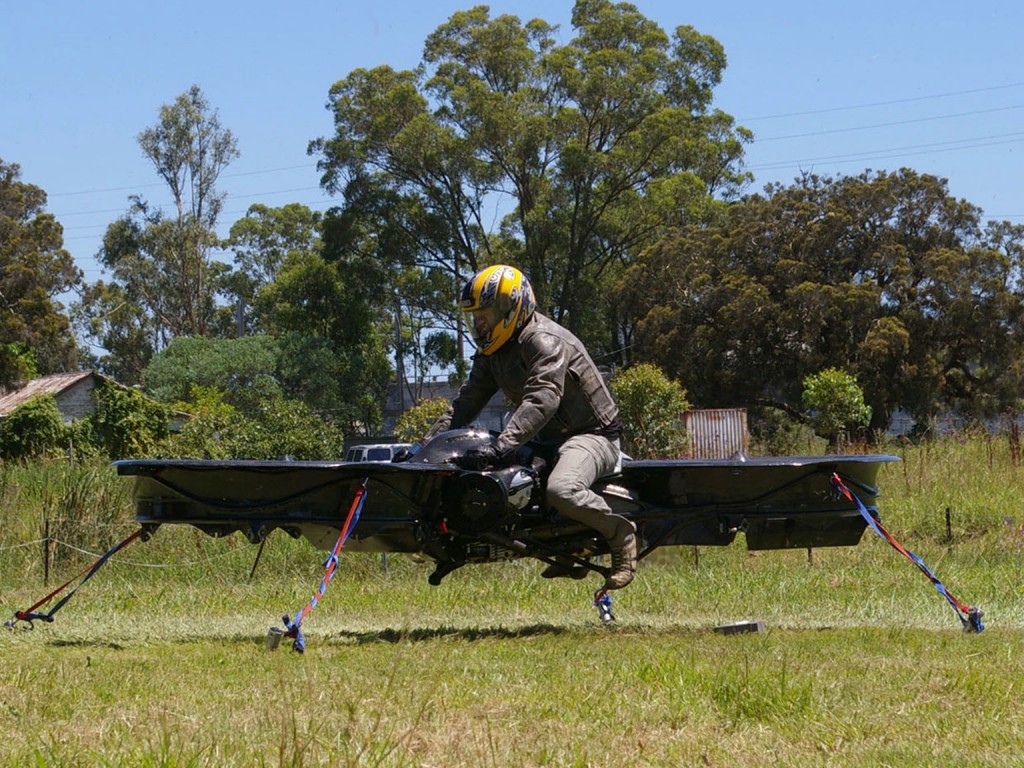 This tethered version was used to showcase the hoverbike’s potential

In a chat with Reuters, a Malloy spokesperson said: “There are a lot of advantages of the Hoverbike over a regular helicopter. Primarily there’s safety,” highlighting that since the rotors are shielded, it’s much easier to avoid collateral damage . “The other thing is cost,” he continued.” This is much less expensive to buy … and much less expensive to run.”

A new version of the hoverbike was recently made at a smaller scale, more alike to a drone than a hoverbike. However it used four fans and was far more stable and easier to control remotely. It’s thought that within a few years when a final version is created, it could be used for everything from manned surveillance, police and military duties, to unmanned tasks like cargo deployment.

KitGuru Says: For a long time people suggested that hover technology like that shown off in Back to the Future 2 wouldn’t be developed, as it would be redundant, but that no longer seems to be the case.