Google and Microsoft call a truce on in-progress lawsuits

Google and Microsoft have called a truce on their legal battles in the US and Germany, spanning across many lawsuits all in regards to certain patents and royalties- perhaps Apple and Samsung could find some inspiration here. Some of the lawsuits concerned Xbox technology, while others were related to mobile tech. Neither company disclosed financial terms but they have come to a private agreement according to Bloomberg.

The two companies have also pledged to work together on some projects, including the development of a royalty-free video compressor that could speed up downloads and also calling for a unified patent system in Europe: “Google and Microsoft have agreed to collaborate on certain patent matters and anticipate working together in other areas in the future to benefit our customers”, a joint statement reads. 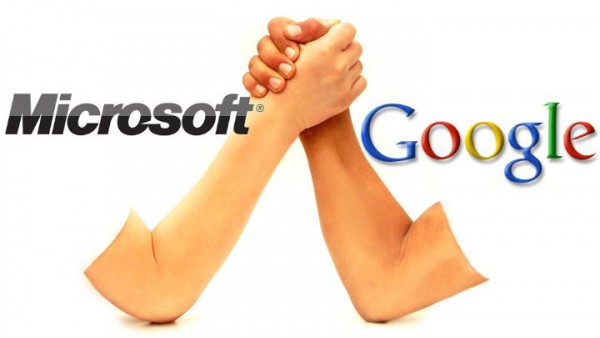 The Microsoft VS Google battle started in 2010, when the former accused the latter of infringing on patented technology with Android. At the time, Microsoft wanted royalty payments. Google wasn't squeaky clean either, the company got involved in a patent suit against Microsoft after it bought Motorola in 2011, Motorola claimed that the Xbox console used its own technology and demanded royalties.

Microsoft has gone through a lot of changes over the last year. With this new move, it seems that the company's new CEO, Satya Nadella, is less concerned with fighting out patent suits and more concerned with working on new technologies and building strong partner relationships where it sees benefit.

KitGuru Says: Google has called patent truces with several companies over the last year. It's for the best too, if companies were more collaborative with each other, maybe we would see better technologies come out at a faster rate.