Creating a smart watch or arm band with a battery that can last the entire day in such a small form factor is difficult but what if these devices never had to charge and could live off of your body heat? This could become a reality as researchers at KAIST have developed a flexible thermoelectric generator that could easily fit in most wearables and turn your body heat into energy.

The research team that developed the new generator was led by Electrical Engineering Professor, Byung Jin Cho, and while its not the first thermoelectric generator to be developed it is a lot smaller and less bulky than previous attempts. By synthesising thermoelectric materials in to pastes and then applying it to glass fabric capable of a bending radius of 20mm, the team managed to deliver a tiny, lightweight generator that manages to maintain a high energy output. 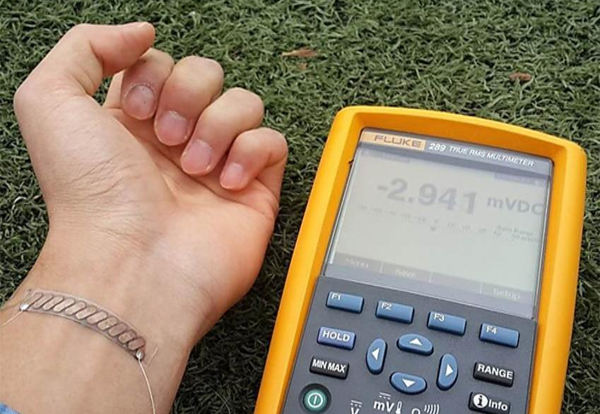 Team leader, Byung Jin Cho said: “This is quite a revolutionary approach to design a generator. In so doing, we were able to significantly reduce the weight of our generator, which is an essential element for wearable electronics. Our technology presents an easy and simple way of fabricating an extremely flexible, light, and high-performance TE generator. We expect that this technology will find further applications in scale-up systems such as automobiles, factories, aircraft's, and vessels where we see abundant thermal energy being wasted.”

KitGuru Says: While wearables do have decent enough battery life already, this new generator could do wonders for energy saving. We would save a ton of energy if nobody ever had to plug a wearable in to the wall to charge, it doesn't just stop there either, this could scale up to save energy inside cars, factories and aircraft's.