Qualcomm has made a Snapdragon 4K streaming stick

Qualcomm has announced its new entry in to the streaming market with its new Snapdragon-based Chromecast competitor, capable of streaming 4K. Unfortunately, Qualcomm's streaming stick won't be made available to consumers and is instead there as a reference design for third-parties to license out.

Third-party manufacturers will be able to take Qualcomm's tech, sell their own branded 4K streaming sticks and then pay out royalties for the use of the Snapdragon technology. The device is merely known as the Qualcomm 4K streaming Adapter and its primary selling point is of course, 4K streaming. 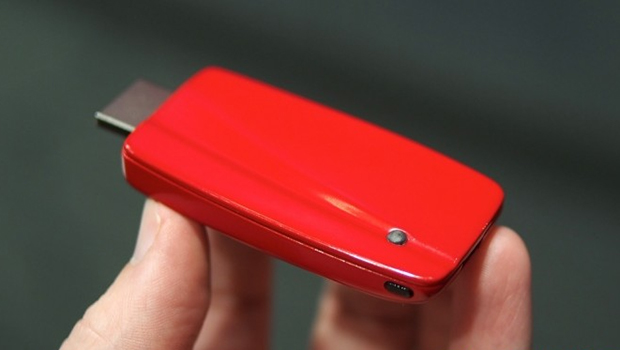 The device uses a Snapdragon 800 series processor, runs Android and can connect to both WiFi and 4G LTE. The streaming stick was actually built before the Snapdragon 810 flagship chip was finished so these smart sticks will not use that processor. However, an upgrade in the future is possible.

The streaming stick makes use of 4G broadcast, meaning that operators could beam OTA TV to their customers via the 4G network. Pricing is apparently competitive with other offerings on the market, so we would expect anywhere between £30 and £50 for a retail price.

KitGuru Says: These streaming sticks have effectively made Smart TVs redundant, which is probably a good thing considering that Samsung is experimenting with injecting ads where you don't want them. At the right price, a small 4K streaming device like this could really take off.