We have known for a while that Sony has been pushing for its Japanese employees to experiment a bit more with product ideas in order to try to turn its company financials around. We’ve seen Sony drones, paper smart watches and now, we have a speaker that also doubles as a bulky TV remote.

This week, Sony revealed the SRS-LSR100, a TV speaker that you’ll want to keep close by to change the channel. As you can see from the image below, there is a speaker grill on the side, and a TV remote on top with all of the buttons you’d expect to find. 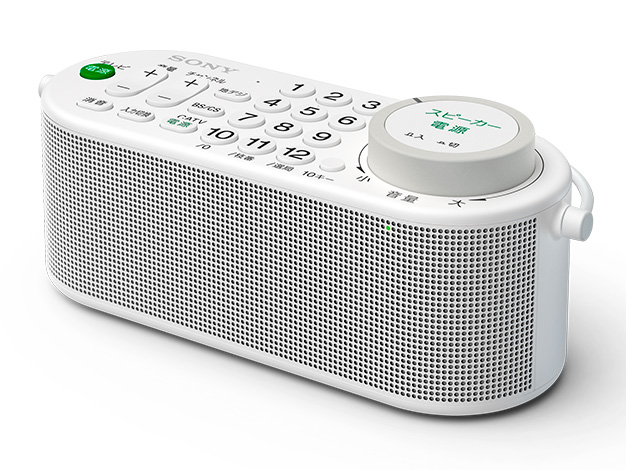 The idea behind this product is that you can continue to listen to the TV or control the TV even if you have to step out of the room for whatever reason. The speaker has a big dial on top for volume control and the whole thing weighs 440 grams, with a battery that can go for around 16 hours or so.

Sony’s latest contraption will be launching in Japan on the 12th of September for ¥19,980, which is around £110 here in the UK or $170 in the US, which isn’t cheap for a TV remote. Though the price does fall in line with some portable bluetooth speakers you can get. You can find the full product page for yourself, HERE.

KitGuru Says: Sony is doing a lot of experimenting at the moment, though I’m not sure this is the product to put them back on the map. Then again, it isn’t made for us, it’s made for the Japanese market, which may have a different view entirely.