The Spartan browser has been renamed to Microsoft Edge

Microsoft has announced the official name for its new Windows 10 browser today at its annual build conference. The browser has been known as Spartan since its announcement in January but the final version will be called Microsoft Edge.

Alongside the announcement, Microsoft released a video showing off the browser on YouTube. You can watch the video below: 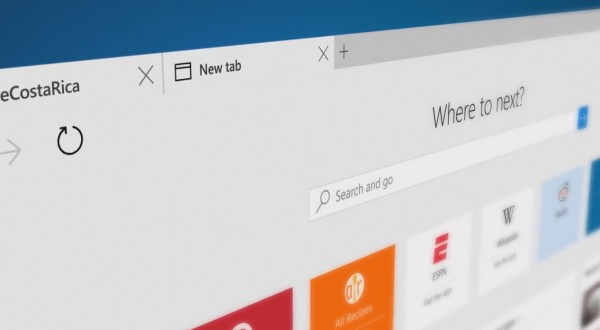 Microsoft is touting this as “the browser built for doing” with its built-in note taking features and Cortana integration. It seems that the Microsoft Edge browser will be compatible with Chrome extensions as well, which will make the switch-over easier for Windows 10 users.

This is still a developing story as all of this is happening live from the conference right now so some details aren't known yet. Microsoft Edge will be a universal app so it may attract the developers looking to create for multiple platforms at once.

KitGuru Says: Many were happy with Spartan being the name for the browser but as we have previously reported, the name was never set in stone and was likely to change. What do you guys think of Microsoft's new name for its browser? Will you try out Edge or will you be sticking with your current browser of choice?

Previous AMD roadmap leaks: Summit Ridge, Bristol Ridge, Basilisk and Styx
Next The LG G4 is available to pre-order in the UK