Out of the top ten most valuable brands in the world, the top four are all tech companies with Google leading the pack after overtaking Apple as the world's most valuable brand by $11 billion. Following on from Apple and Google in the two top spots, are IBM and Microsoft in third and fourth place respectively.

Microsoft has increased its value by nearly 30 per cent since 2013, bringing it up from the 7th most valuable brand to the 4th. IBM has managed to keep its number three spot from last year but the company's brand value has fallen by 4 per cent. 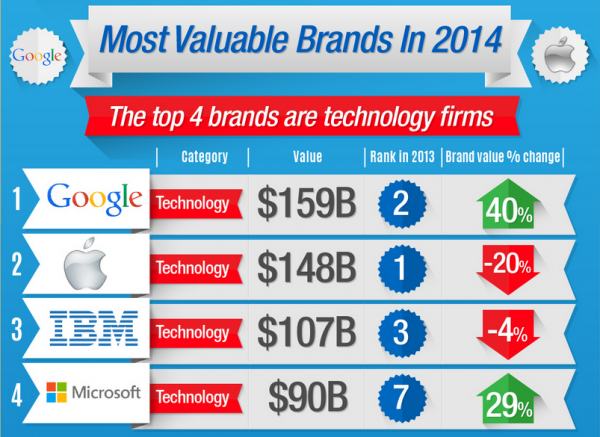 How did Google beat Apple to the stop spot this year? This infographic has a few ideas that involve Google's open beta's, having its OS spread across multiple devices from all manufacturers, and even setting the bar higher for other companies rather than just itself: 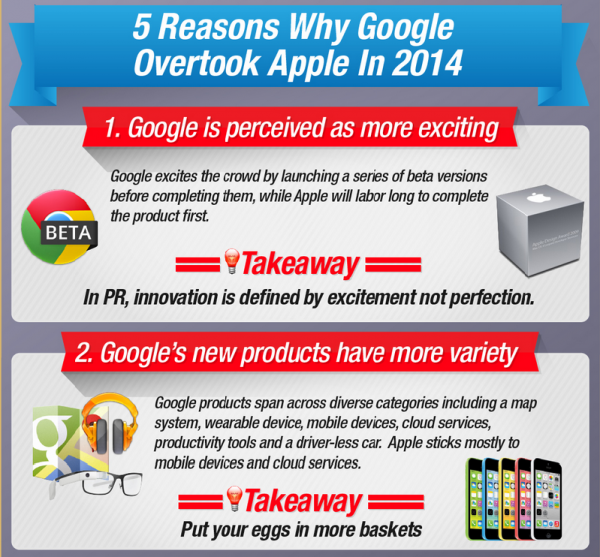 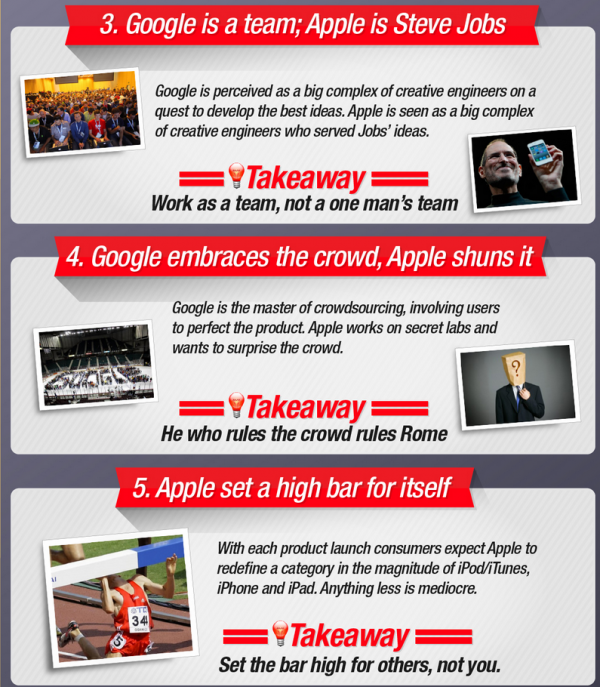 According to this, Google is now $11 billion more valuable than Apple. Many onlookers would argue that the company began to lose its edge during the years that followed the death of Steve Jobs. Apple's main strength these days is in the design of its products and making a device look and feel premium. However, that just isn't cutting it for a lot of people anymore.

KitGuru Says: Google is the most valuable brand in the world, which is impressive but I actually think that Microsoft's jump from seventh to fourth place is just as impressive. Apple has slipped to number two but do you guys think it'll climb back on top? Or is Apple slowly slipping further downhill?