1984 eat your heart out: China has gamified government loyalty

Ah China, such a wonderfully helpful tool in discussing impeaches of privacy and personal liberty. It’s like the ball pit at the bottom of the slippery slope. The government there has created a tool that uses data collected from retailers, social networks and messaging applications, to rate a web user’s loyalty to the ruling party, encouraging people to share their scores online and to compete for a higher score, with incentives for those that have them.

China has made loyalty to the government a game, and by 2020, taking part in it will be mandatory. 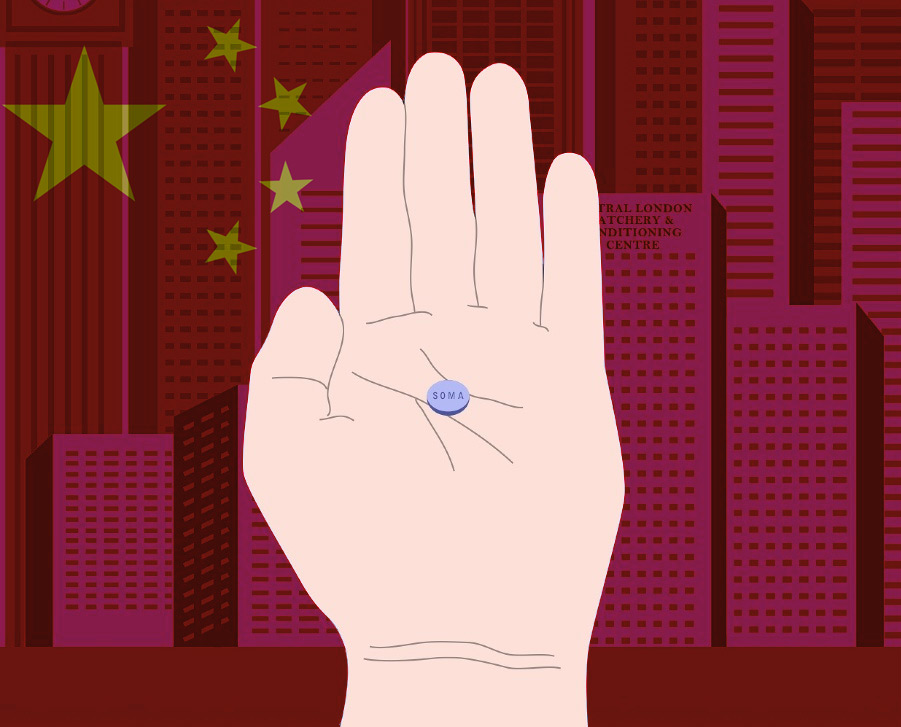 And if you don’t like any of it, just have a nice, calming dose of SOMA.

The same goes for the media you consume. View, or (heaven forbid) actually post a picture of the Tienanmen Square incident, and your score is going to nose dive, as Extra Credits points out. On the flipside though, if you share a story about how great everything in China is, if you take part in spreading propaganda, up goes that score.

Worse yet, your score is also affected by the actions of your friends on social networks. If they buy and do anything the government doesn’t like, down goes there score and yours. Combined with a scheme that encourages people to share their scores and compete for the best, that’s pushing for a world where you de-friend people who aren’t government supporters. It’s social indoctrination on a mass scale, and it’s forcing the population to do it for them.

And it gets so much worse, because this score means more than just social embarrassment and ostracism by friends who don’t want to associate with your low score. If you have a higher score than someone else, you’ll have an easier time getting a loan you need, or paperwork for travel. Though there are no negatives in place yet, they might not be necessary.

Just as games encourage people to login every day for their daily quests, daily rewards, daily lives etc. if you aren’t constantly improving your Sesame Credit, you’ll be falling behind everyone else.

Which is why people kick up such a fuss about companies giving information to the NSA, or GCHQ’s mass surveillance, or the fact that Theresa May wants internet service providers to store their customer’s browser histories for up to a year.

KitGuru Says: This is also why we railed against Steam’s gamification of Steam Sales in the past. It seems like a good deal right? It seems fun or useful in the moment, but in the long run, it’s taking something that should be straight forward and making it work against you. Instead of jacketed boots stomping society into submission, this new method of oppressive surveillance encourages people to toe the party line with a score.

With game publishers on board too, you know it’s only a matter of time before micro-transactions to boost your score are available.