Home / Channel / BT reminds everyone they can appeal ISP blocks

BT reminds everyone they can appeal ISP blocks

BT, like all the other big ISPs in the UK has repeatedly been forced by lobby groups, through the court system, to block many websites linked with piracy, despite the fact that circumventing the block orders has become incredibly easy. After the latest round of blocks however, BT has begun directing its customers – that try to visit those sites – to a new site that reminds them and everyone else, that you can appeal these sorts of court decisions.

The URL BT sends people through to is UKISPCourtOrders.co.uk, which shows a list of all the sites that it and other ISPs have been forced to block, as well as the lobby group or media association that requested the order in the first place. 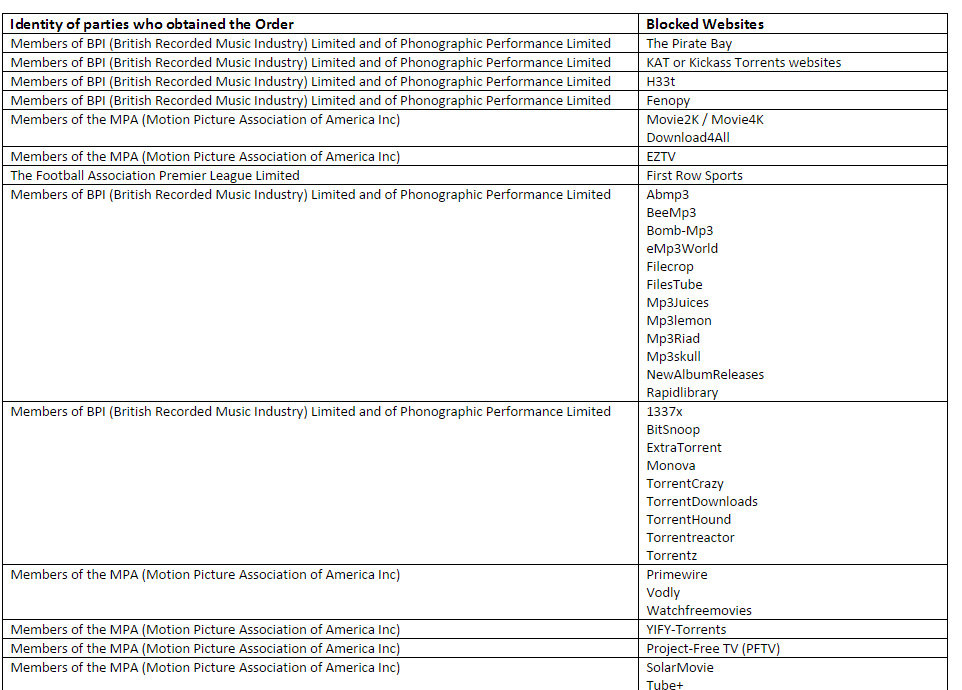 The BPI and MPAA, what a surprise

What's really interesting though, is that it tops the site with a notice that anyone can appeal these blocks:

“You have the right to apply to the High Court to vary or discharge the Orders below if you are affected by the blocks which have been imposed.  Any application must be made to the High Court directly and must (i) clearly indicate your identity and status as an applicant; (ii) be supported by evidence setting out and justifying the grounds of the application, and (iii) be notified to all parties 10 days in advance.”

As TorrentFreak points out, it would be surprising if individuals that want to visit these sites get anywhere with the high-court – though perhaps those that use them for distribution of their legal content may make some headway – but site owners might have more success. Considering they are almost never even contacted before their site is blocked, they might be successful reminding the court that real people operate these sites and not some pirate mastermind behind the scenes.

It's surprising more ISPs don't challenge the block orders. Even though BT lost a case like that back in 2011, Dutch ISP Ziggo successfully won a decision earlier this year to have its block order rescinded.

KitGuru Says: Anyone considering campaigning on behalf of their favourite torrent site?

Previous Who wants to play Pokemon, in VR?
Next Google is killing off CAPTCHA