Google recently made some changes to its search algorithm, which meant that sites that are on the receiving end of too many DMCA takedown requests would have their search engine ranking downgraded significantly. While you would imagine most people don't find their illegal downloads through Google, it actually had a big effect. It also seems to have spurred on copyright holders, who have been sending out more takedown requests than ever before.

As TorrentFreak reports, in the past week since the implementation of the new search algorithm, takedown requests have surged by almost 100 per cent, reaching nearly 12 million in the same seven day period, compared with just over six million in the preceding week. 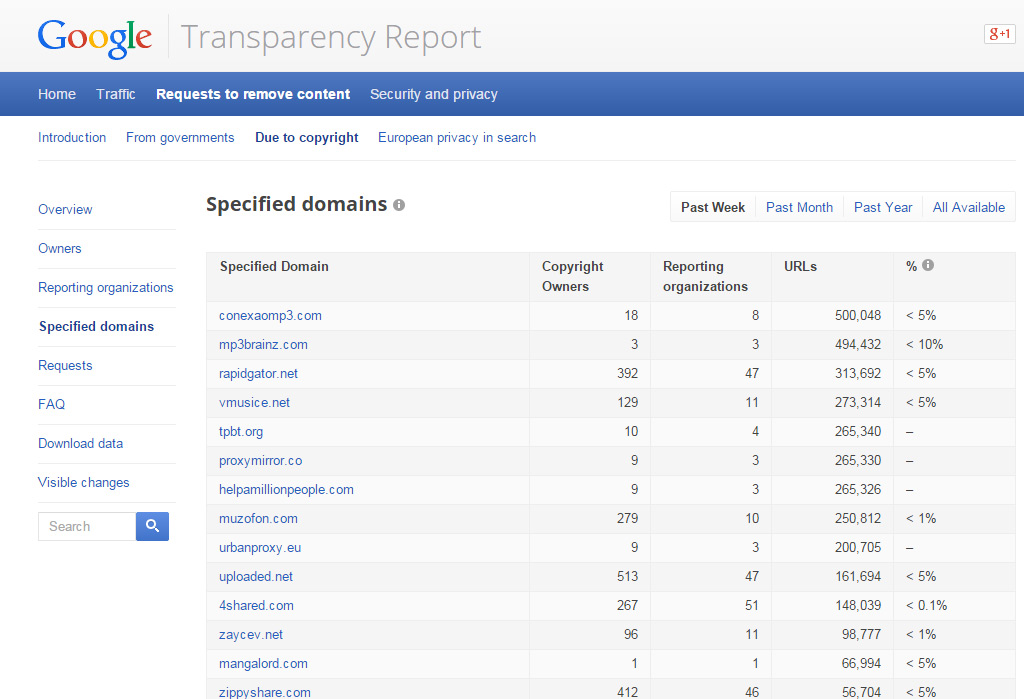 The top takedown domains are all relatively unknown

Surprisingly however, many of the sites targeted by the takedown requests are smaller pirate sites and less so the large, well known ones. This is arguably quite a smart tactic from copyright holders. As has been pointed out before, most people pirating content likely go direct to their favourite site, whereas smaller pirate sites pick up extra traffic through Google and other search engines. In this way the copyright holders are cutting off future torrent site giants, instead of attempting to take down the well known ones.

In this same way, copyright holders might prevent future pirates or younger pirates from becoming heavy illegal downloaders, as it seems unlikely that those who grew up on the practice over the past decade and a half will stop any time soon. Even though legitimate sources of content like Netflix, Spotify and iTunes have made big in-roads in converting them to paying for content.

KitGuru Says: The only way to really curb piracy, will be to offer a product that's comparable. That means making movies available to buy online in HD as soon as they hit cinemas and allow them to be played on any device.

Previous Kevin Spacey on acting of the future
Next SOPA like TPP isn’t shared, to avoid public debate