David Cameron wants the news to stop talking about Snowden

Barack Obama might have been pretty non-committal in his response to the Edward Snowden leaks about NSA and GCHQ spying on native and international citizens, but David Cameron has shrugged them off, suggesting that they shouldn’t be a surprise to everyone, since TV detective shows are always using potentially illegal spying tactics to bring criminals to justice. Ultimately though, he wants news publications to stop talking about it, suggesting they should, “think before they act” in-case the revelations make us less safe.

This is the line governments always use when it comes to invasive, freedom restrictions, that ultimately it’s for our own safety. They did it with the nude body scanners at airports, many of which have been removed due to being ineffective and others have easily been bypassed with explosives and metal objects during internal testing. Both uses of technology were designed to protect us from terrorism, but as we’ve seen from the way the NSA boss lied about PRISM’s success rate, neither do a very good job. 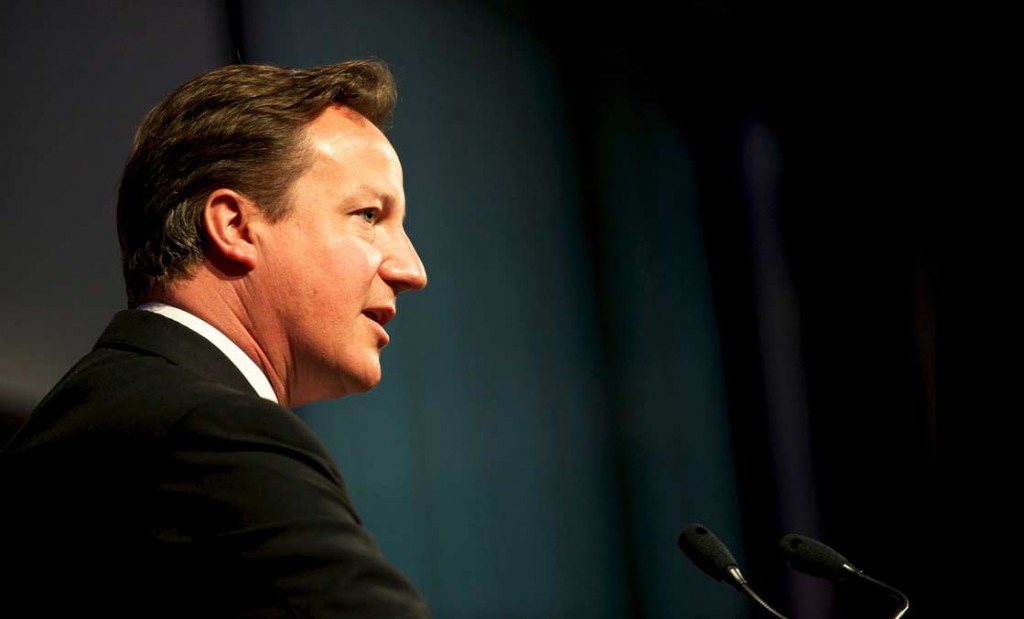 “Wait… it was the creepy janitor all along?”

Mr Cameron’s recent thoughts on intelligence agencies mass collecting metadata and the content of communications, were outed at a joint committee on the National Security Strategy, where he also made the bizarre comparison between fictional crime shows and the tactics currently being used by agencies like GCHQ. According to Mr Cameron, none of the recent revelations being outed by news organisations “who are endlessly dallying in this,” should be of a surprise, because TV does it.

He should know too, he’s a big fan of those same crime shows: ” love watching, as I should probably stop telling people, crime dramas on the television,” he said (via Telegraph). This was backed up by saying that these sorts of spying techniques were needed in the modern age of surveillance and that ultimately without them, we wouldn’t be able to keep people safe and that more Snowden Revelations contributed to making that much harder to do.

How true that is, we don’t know as the British government hasn’t taken its data hoover, GCHQ, to task over the spying like the US has. However, with a looming EU investigation into potential human rights violations, it might not be long before we get a much better look at what the authorities have been doing with our data.

Kitguru Says: Now I just have some weird image of Cameron sat hugging his knees watching the latest CSI, having his mind blown by two people handling a hack on the same keyboard.

Previous Would you buy goods through a Tweet?
Next UK government admits it blocked the wrong sites