Taking ownership of a domain that could be misconstrued as representative of someone else's IP is always a risky act to take, especially when that someone else is Disney. In the case of the owners of Starwars.co.uk, Star-wars.uk and a number of other related domains, Disney recently demanded they be handed over and unsurprisingly, Nominet has now confirmed that that's exactly what needs to happen.

Currently the Star Wars related domain names are owned by a British fancy dress company, Jokers' Masquerade, which has owned them and their derivatives for over 12 years. The fact that Disney or LucasFilm never came after them before, was the cornerstone of the firm's defence. However Nominet ultimately ruled in Disney's favour, stating that nobody would associate the domains with anything other than official Star Wars properties.

“It is highly likely in my view that any user searching for Star Wars and arriving at the respondent's website will have suffered initial interest, confusion and falsely inferred a commercial connection with the complainant,” said Nominet's Steve Ormand (via BBC). “I am also satisfied that the respondent has taken advantage of the ‘pulling power' of the name Star Wars to attract users to its website.” 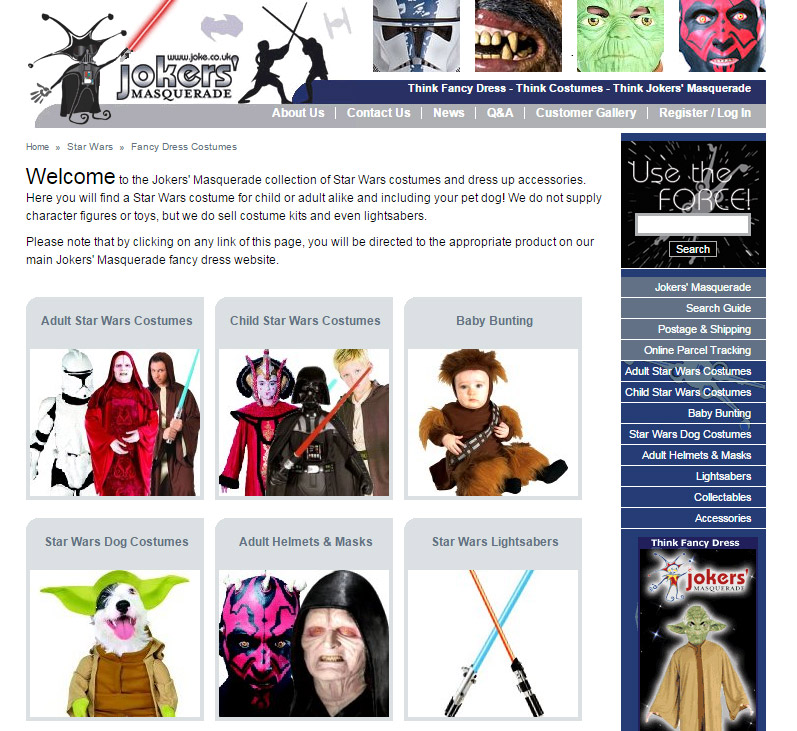 The domains currently still point to the Jokers' site. The owners have until the 21st to appeal.

Jokers' Masquerade, which is run by parent company Abscissa, did attempt to find a middle ground with Disney, offering to give up some of the Star Wars domains, if it could keep star-wars.co.uk to continue selling official Star Wars costumes. Disney refused.

“If the new Star Wars films by Disney were not being released, we wouldn't be having this discussion,” Mark Lewis, Abscissa's chief executive, said in a statement.

“They wanted the starwars.uk domain, they haven't [got it], and in essence they've thrown their teddies out of the pram.”

He later said although disappointed, he wasn't surprised by the move.

KitGuru Says: This result doesn't seem particularly surprising. Though it's interesting to see how much less involved in protecting its brand LucasFilm was compared to the new owners.