Felix “Pewdiepie” Kjellberg, by far the most subscribed Youtuber in the world, has lost the backing of the Disney owned Maker Studios, over what has been termed offensive jokes in some of his recent videos. In a trial of the service platform, Fiverr, he paid to have a pair of Indian gentlemen hold up a sign that said “death to all jews,” which his backers were none too happy with.

Kjellberg rose to popularity on the creation of let's play videos, where he would video himself playing a variety of games, often noisily, but today he posts a wider variety of content. Alongside his TV show, Scare Pewdiepie, he posts reaction videos and takes part in collaborations with other Youtubers. Some of that content however, has now lead to a severing of ties between him and the organisation that aided his rise to dominance.

The video in question has since been removed, but sees Kjellberg paying $5 on the service Fiverr, which allows anyone to pay for a varierty of services, including say anything, to have a pair of Indian men hold up a sign with a statement and read it out. In this case, Kjellberg had them write “death to all jews,” while ‘pronouncing' it as “subscribe to Keemstar,” a Youtuber who has received much derision over the past couple of years for his own provocative videos and drama sitrring. 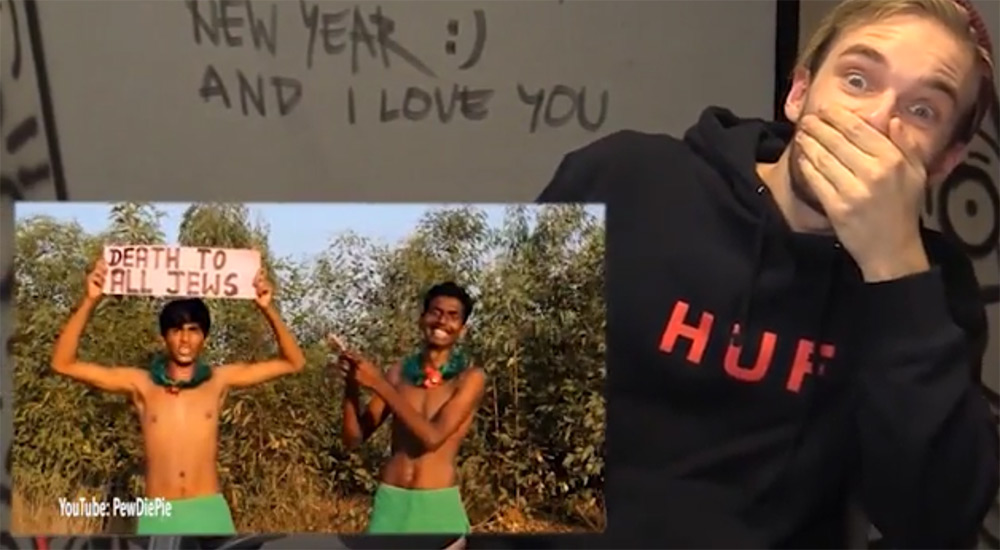 “Although Felix has created a following by being provocative and irreverent, he clearly went too far in this case and the resulting videos are inappropriate,” the Disney owned Maker Studios said in a statement (via the BBC).

Other videos cited as part of the reason for the severing of ties, include ones where he played the Nazi party anthem and another where he showed swasticas drawn by fans.

Although Kjellberg claimed that it was “laughable,” that anyone would suggest he supports any sort of anti-semitic message, he did say that he understands why some people would find the content offensive. The original video has since been deleted.

KitGuru Says: It seems obvious that this sort of content is designed to be funny, but it isn't too surprising that a company like Disney wants to distance itself from it. While this may hurt Kjellberg's bottom line in some senses, he has a unique position, with the largest online following of any individual in the world. He'll be just fine.