Yet another firm seems set to jump on to the virtual reality bandwagon as it rounds the next bend on its journey to consumer level hardware and experiences, and this time around its a fashion publisher. Conde Nast, the company behind magazines like Vogue and GQ, has announced that with its film, television and video division, it plans to produce two new reality TV shows specifically for virtual reality, set to become available later this year.

To make this possible, Conde Nast Entertainment is set to team up with JauntVR, which has previously created short films and musical experiences, like Black Mass, and the performance of Live and Let Die by Paul McCartney. Neither company has spoken about just what exactly will happen on either show, though it's been said that one will have a ‘narrative format,' according to Reuters, so chances are one will be traditional ‘assisted reality' while the other will just be filmed in that sort of style. 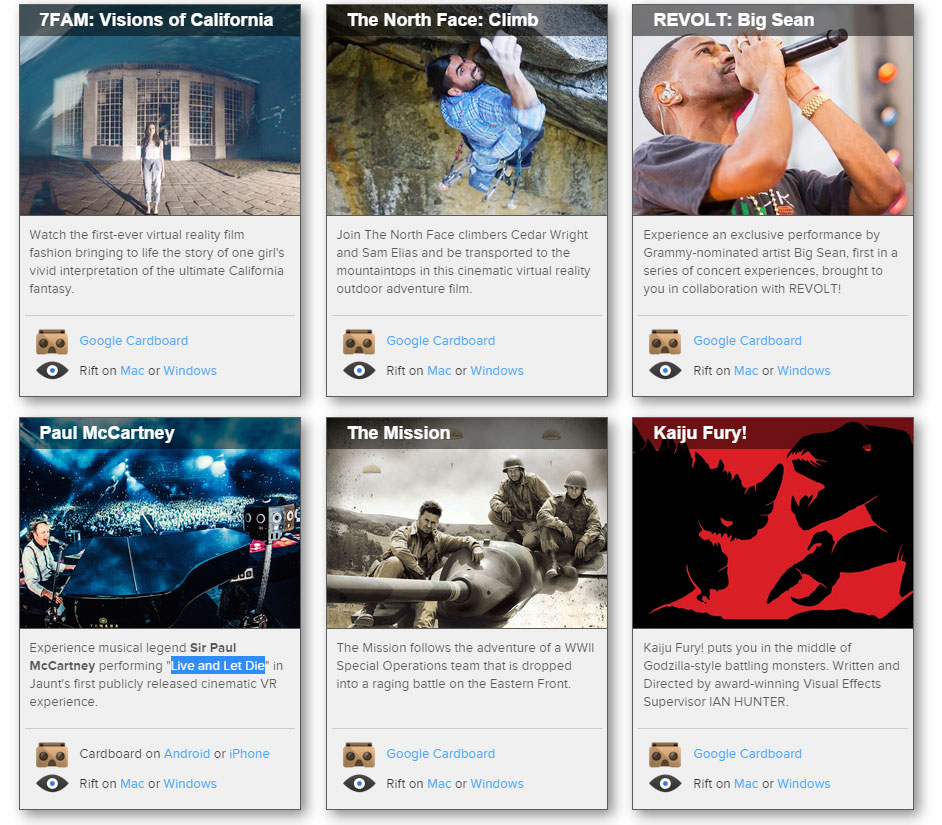 Regardless of their content, both series will be airing on CNE's “The Scene,” which acts as its own online video channel, featuring content from filmmakers and documentary makers, though tending to focus on shorter sequences than full, extended programming. Despite keeping itself apart from more mainstream content viewing sites, The Scene is still said to generate over 17 million US viewers a month, so there is the potential for online only series to be popular.

However, those numbers are likely to be far lower if the content is limited to VR, since the number of people with compatible hardware right now numbers less than 200,000.

KitGuru Says: Do you guys think the time is right for a VR TV show, or is it too early still?