Google showcased a new type of contact lens earlier this year that could potentially help diabetics by constantly monitoring their blood glucose levels. Already though the search giant has another prototype lens, this time with a camera in it.

While it's not clear at what stage of development the technology is, Google filed the patent for it back in 2012, so it is presumed to have moved on quite a lot since then. Patent Bolt wrote an in-depth run down of the patent, but essentially the lens would work by giving it an embedded circuit, camera and sensor. The latter would be wirelessly linked – though potentially wired as a latency or cost saving measure – to the camera and sensor, which is postulated as being either temperature, pressure or light sensitive. 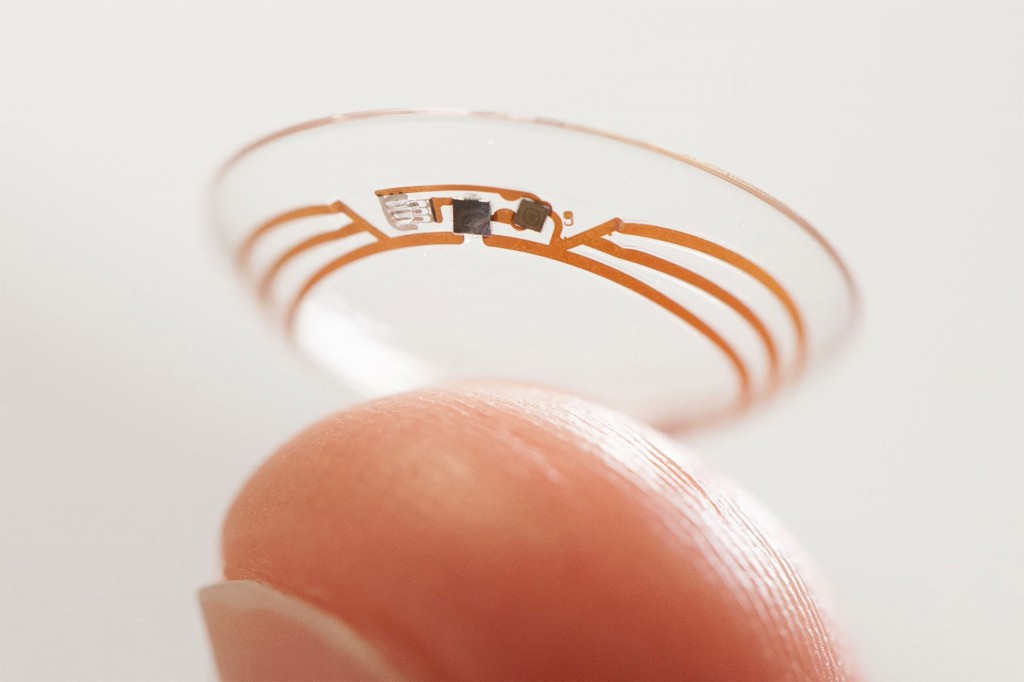 This is the closest image we have: one of the glucose sensing lenses. The camera one could look a bit like this. Source: Google

The idea is to offer more than just a way to take covert images – though that is no doubt a use for it – and allow for perhaps a sixth sense, such as infrared vision, or to give an auditory cue for the blind to help avoid obstacles or dangers.

The advantages of a lens based camera, rather than say Google Glass are multiple. Firstly, the lens will always follow your gaze, since it essentially “tracks” eye movement by moving with it, rather than holding steady in-front of the eye like a headset. Secondly, it can offer new abilities, like zoom functions or complete augmented reality for both eyes rather than just a heads up display.

KitGuru Says: While the idea of everyone walking around with a camera literally in their eye seems like the NSA's wet dream and privacy's worst nightmare, it's still a damn cool piece of technology. Presumably Google has it planned as the next version of Glass.

Previous Google aims to bring project Ara to life within a year
Next Dotcom to regain assets, firing on all cylinders