Google has been pretty active in combating piracy on Youtube for some time now and even threw a massive finger to a lot of its hardest working contributors when it introduced the completely uncaring Content ID system which allowed trolls to strip ownership and revenue from videos with a single uncontested complaint. However, Google isn’t rolling over entirely for media lobby groups, and has refused to delist sites that link to full movies on Youtube.

The complaint/demands come from Paramount Pictures, Sony, Twentieth Century Fox, Universal, Warner and Disney, along with their good buddies at the MPAA. Together they requested Google delist several websites, including Fullmovies.cc, Otakhang.com, Uflix.net and MovieFork.com, stripping their homepages from Google’s search engine or delisting the entire site. However in Google’s own Transparency Report, it noted that it took no action in response and at the time of writing, all of the sites appear to be up and working. 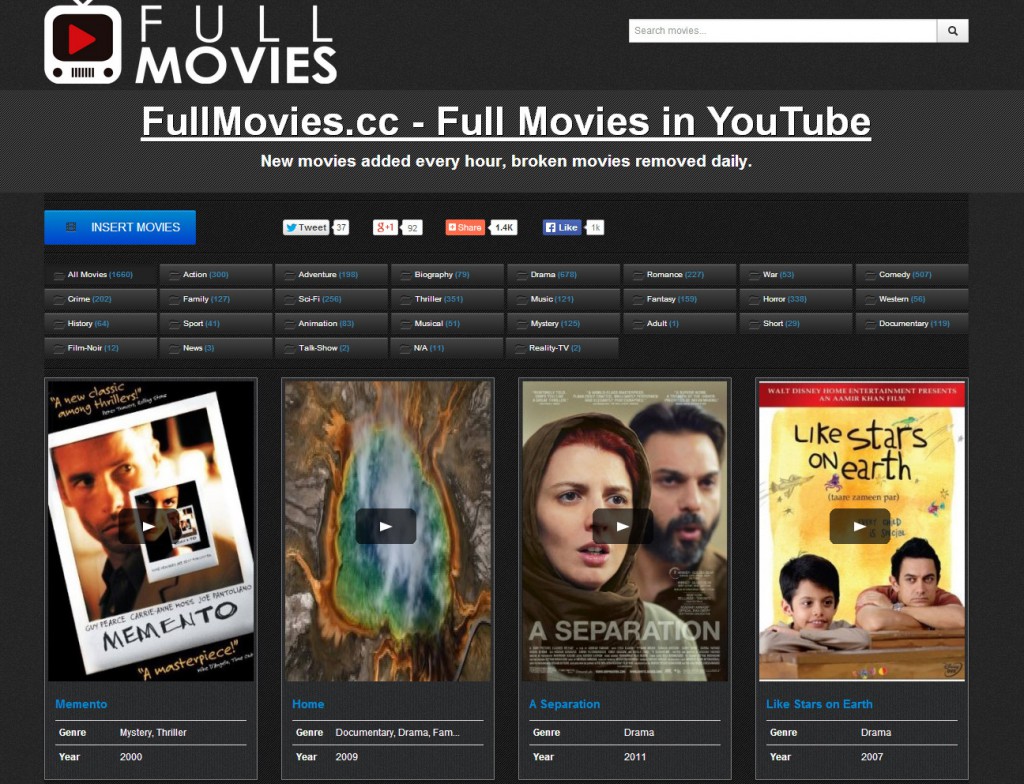 While most movies listed on these sites aren’t brand new, there’s thousands of them

As TorrentFreak suggests, this may just be Google’s way of making sure that its search engine isn’t affected by what goes on with Youtube, since the two are separate entities under the same roof. However, it also seems pretty redundant to take down the link to something if the original content remains. All it would take is another link site to appear and the situation hasn’t changed.

KitGuru Says: I’ve said it a thousand times but I’ll say it again, if there was a legal way to watch movies that was as easy as any of these, with a small fee, people would pay it.

Previous PS4 update will bring HD Twitch and HDCP off options
Next Moto 360 watch to pair with phones running Android 4.3 and up