Hilary Clinton trolls use Facebook reporting to down Sanders pages

As the American political party nominations build up to a frenzy on the road to the general election in November this year, the tactics of the various politicians and their supporters are turning nasty. Supporters of Hilary Clinton's bid for the democratic nomination abused the Facebook reporting system to have many of the biggest Bernie Sanders groups taken offline; albeit only temporarily. 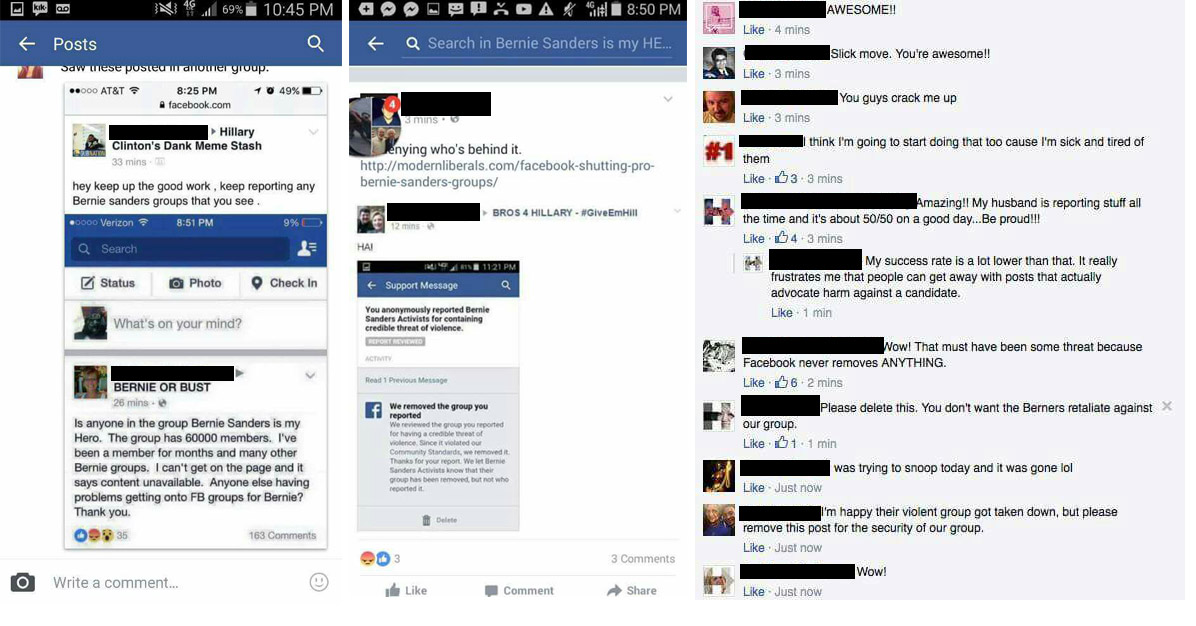 While no doubt there are strong opinions within all political groups that some may find distasteful, the takedowns of so many groups raised a few eyebrows. After some digging, the likes of USUncut discovered posts from various Hilary Clinton supporters, claiming victory for their reporting.

These groups, which house up over 200,000 of the Democratic hopeful's support base, have since been brought back online, but for several hours following a sustained reporting campaign they were removed from the social network. Reports varied, but for the most part claimed that messages and the groups themselves promoted hate, encouraged bullying and obscenity and even suggested were pornographic in nature.

In some cases, new account users were said to have posted pornographic images and dodgy links to these pages, to provide ammunition for the reporters to then cite in their complaints.

The implication from these posts, is that online trolls deliberately made fraudulent complaints to Facebook's reporting system in the hopes of disrupting Bernie Sander's online support base.

KitGuru Says: The question now, is whether the reported large scale push that Clinton's SuperPac, Correct the Record, claimed to be making on social media is linked in any way, or if this is just low-level support for the ex-first lady.