The online torrent world was shocked this week when it was announced that the alleged founder of the biggest P2P site in the world, KickassTorrents, had been found and arrested and the site shut down. Much like when IsoHunt disappeared though, mirrors have already begun to spring up in its absence.

If the internet has shown us anything since its inception, is that when one entity disappears, a number will always appear to take its place. With millions of regular visitors, members and users, the KAT community was unlikely to take its downing sitting down, so they've now begun launching copycat sites that offer exactly the same content as their inspiration.

It should be said though, that it's likely that none of the sites are full back ups of KAT and don't have any involvement with the original founders or administrators, so be very careful visiting them if you do. As Torrent Freak points out, some of these sites are claiming to be the official resurrection of the site, which is simply not true.

They are the only alternative for those desperate to use KickAssTorrents though, as the official domain has been handed over to the authorities. Visiting it now will see the age old domain seizure page that has become common for some of the world's most notorious websites. 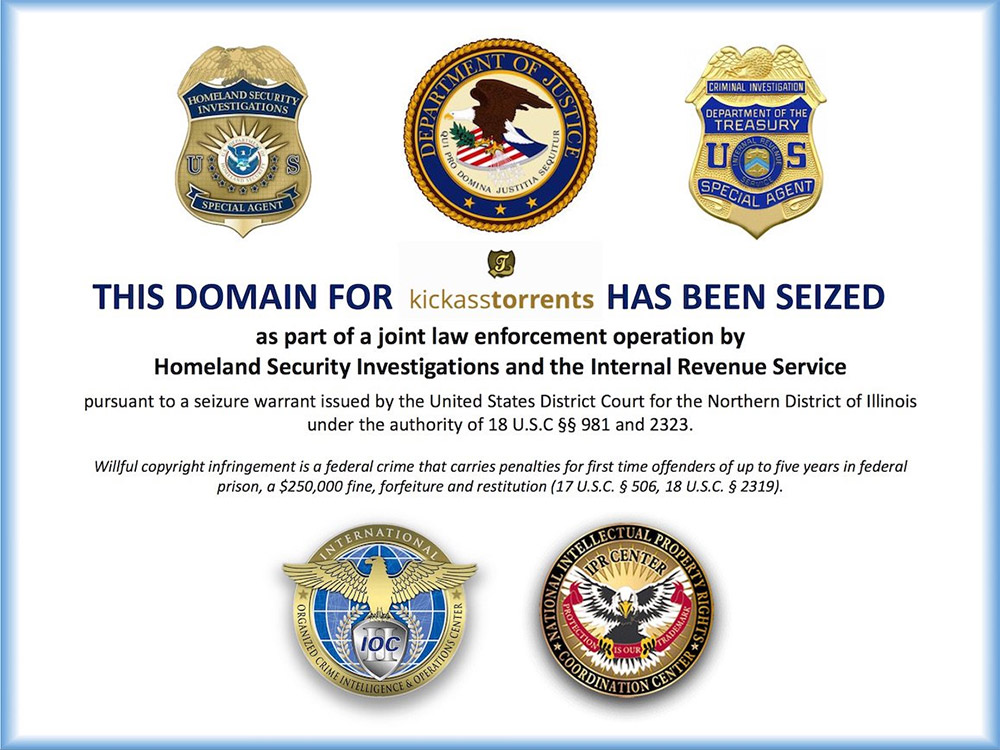 This downing came as a real surprise to everyone, because sites like KickAssTorrents are usually able to stay on step ahead of the law. It even recently moved on to the Dark Net, further obfuscating the whereabouts of its servers.

However much like the Silk Road back in 2013, KickAssTorrents was seemingly taken down by the admin being caught instead, showing that personal security for these website owners is just as important as security surrounding the servers.

KitGuru Says: It goes without saying that we don't recommend you visit torrent sites for illegal purposes at all, but if you do, be very careful with KAT clones for the time being, many of them may attempt to scam you.