Home / Channel / Movie studios are getting into the interrogation game

Movie studios are getting into the interrogation game

It used to be that even though you might be tracked and discovered for illegally downloading a movie, the worst you could expect would be a summons to court and a potential fine that would bankrupt you. Now movie studios might get to spend some time alone with you in a room. At least that is what Voltage Pictures, the financial backer of Adam Sandler film, The Cobbler, wants to do, in order to determine if it was you or someone else who pirated the movie.

This comes off of the back of the Popcorn Time lawsuits that Voltage initiated earlier this year. While a number of defendants have settled with the film-makers to avoid any sort of legal action, some simply refused to respond to the communications – a not uncommon strategy in such instances. Because of this, the film-producers have little ground to go on, as these cases often require an admission of guilt to proceed much beyond veiled threats.

But that's exactly what the film-makers want to do in this case.

“While the named subscriber is often the proper defendant, plaintiff wishes to ensure that investigations are complete and proper and submits that in this matter something beyond the mere identification of a subscriber by an ISP is proper before a defendant is named,” the studio said (via TorrentFreak). 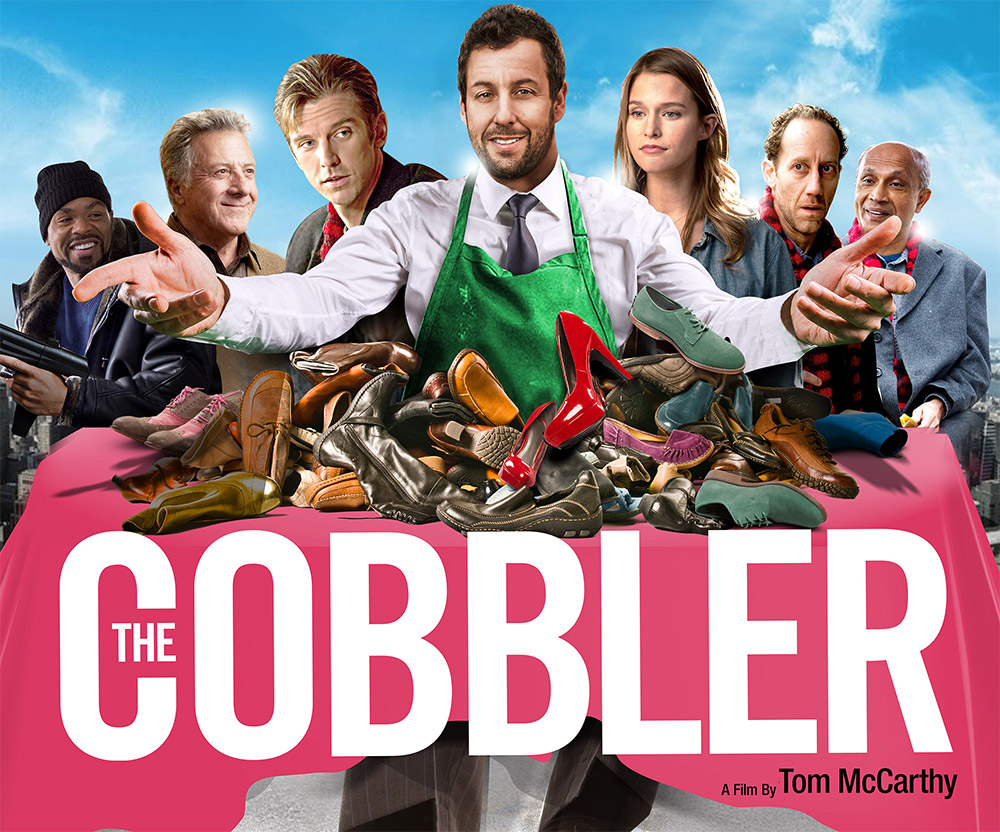 But the film looks so whimsical and bizarrely photoshopped. Source: Image Entertainment

To complete those “investigations” the producers want to conduct depositions of the accused while they are under oath. These meetings can however take place at a location decided upon by the accused's lawyer and will take no longer than two hours.

It's a request of the court that has been granted, so these depositions will go ahead. In them the potential defendants will be ordered to identify anyone who may have had access to their internet connection during the period the film was allegedly downloaded.