Some of the world’s biggest tech companies have banded together to stand against the growing acceptance of internet fast lanes and the end of net neutrality. We’ve already seen companies like Verizon throttle traffic to their services, despite a premium being charged and it’s only set to get worse. Those companies, are hoping to stop it before that happens.

Branding themselves the Internet Association, they’ve filed a complaint with the US Federal Communications Commission (FCC), asking it to intervene. In a 24 page document (readable in full, here) it suggests that the internet will only continue to drive economic and societal growth, along while encouraging “democratic discourse,” if it’s open and free from throttling based on a company’s whims.

“We thus urge the Commission to adopt simple, light-touch rules to ensure that the Internet remains open, dynamic, and spontaneous,” the report argues. “Such rules will keep the Internet engine running smoothly, which in turn will fuel further economic growth, innovation, and democratic values.” 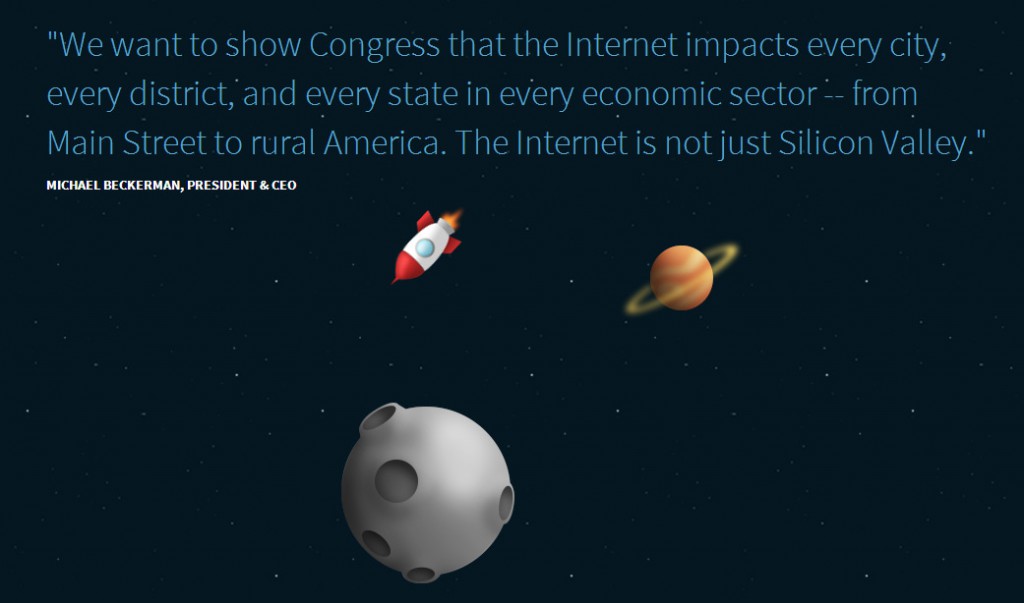 The Association knows its audience, with an official site full of cutesy art and inspirational quotes

It also asked that the FCC ban all forms of interferance with peering and traffic throttling, preventing companies from monopolising certain aspects of the internet.

The reason this problem has arisen is due to the changing nature of the internet. What once was dominated by text and a few images is now filled with high-definition video. Netflix and Amazon may dominate in that respect, but pretty much every site you visit has a video playing somewhere (often automatically and with sound it seems). Netflix and others’ huge streaming requirements is making some of the longstanding deals between ISPs and the middle-men providing some of the infrastructure less lucrative than they once were and people are panicking, as people are wont to do.

KitGuru Says: As much as I can understand the position of the ISPs, who feel like their business is being threatened, throttling the internet and giving them the power to do so at will, is far too slippery a slope to consider going down. An alternative needs to be found and hopefully the FCC can help the US achieve that.