Oculus VR is one of the world's biggest start up success stories of recent years. Just two years after creating his first prototype and showing it off to John Carmack, founder Palmer Luckey sold his fledgling virtual reality company to Facebook for a cool $2 billion earlier this year. But the company has bigger goals than selling out and making a quick buck, it's trying to kickstart a new generation of interactivity in an entirely new medium and for that to happen, it needs others to get it right too.

That's because VR has been done before. Several times in fact and it always fell off after a hyped release. That of course happened for many reasons, including the hardware not being there yet, being too heavy or expensive and because the application of it just wasn't something consumers were willing to use. Oculus is in a good position in that those that haven't tried its headset(s) yet, are unlikely to remember the failures of VR's past, but they will be reminded if someone launches VR gear before its ready. Say, in a bid to beat Oculus to market.

With that in mind, Oculus VR recently reached out to other VR developers, most notably Sony, asking them to not release a VR headset until it had fixed issues with motion sickness, something that Oculus' own headsets have gotten a lot better at in recent months, but are still imperfect at the best of times. 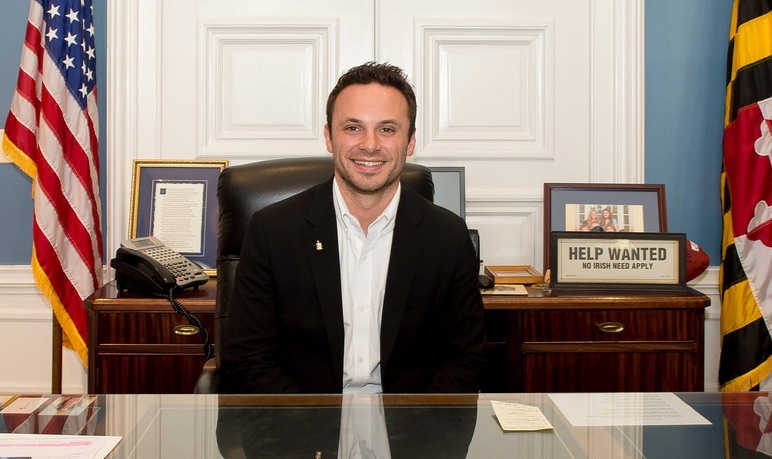 Brendan Iribe. Source: Maryland GovPics
“At the same time we’re a little worried about some of the bigger companies putting out product that isn’t quite ready. That elephant in the room is disorientation and motion sickness.” said CEO of Oculus VR, Brendan Iribe at  recent conference in Ireland (via The Guardian).

“We’re encouraging other companies, particularly the big consumer companies, to not put out a product until they’ve solved that problem,” he said.

Sony is currently working on its own VR system for the PS4, called Project Morpheus, though Rift inventor Palmer Luckey has previously stated that he doesn't think the system will be able to handle VR at a decent frame rate, something that is very important for not only immersion, but also avoiding the dreaded nausea.

Oculus, along with Valve, has also teamed up with other developers, like Samsung, to make sure that the VR tech being released is of a high quality and won't tarnish the industry before it's even gotten off the ground. It's a little like what's going on with the electric car industry, where Tesla released its patents for free, so that other manufacturers could make use of them and develop electric vehicles, thereby creating more of an audience and an industry for everyone to compete in.

KitGuru Says: As much as those of us who've tried the Rift can see it's going to be huge, there are still a lot of sceptics out there and if their first experience of VR is ruined by motion sickness and headaches, it's not going to help the industry expand to where it needs to be to have the cultural impact it has the potential for.