The British government is rushing through a new set of laws to allow intelligence agencies like GCHQ and ISPs, to continue legally collecting meta-data on phone calls and digital communications, and in some cases the content of those conversations, in the wake of the EU ruling data retention as a human rights breach.

Back in April this year, the European Court ruled that if Internet Service Providers (ISPs) retained data on their customers for too long a period of time, it would breach their human rights. This ruling would have forced ISPs in the UK to delete currently held data and halt all further mass-collection and storage, but the British government has headed that off the pass, by rushing through legislation of its own, making it legal for them again.

According to current Prime Minister David Cameron, this sort of digital snooping is necessary to protect citizens against terrorists and hackers. Using every buzzword he could think of, he outlined the threats currently faced by the British administration:

“We face real and credible threats to our security from serious and organised crime, from the activity of paedophiles, from the collapse of Syria, the growth of Isis in Iraq and al Shabab in East Africa.

“I am simply not prepared to be a prime minister who has to address the people after a terrorist incident and explain that I could have done more to prevent it,” he said. 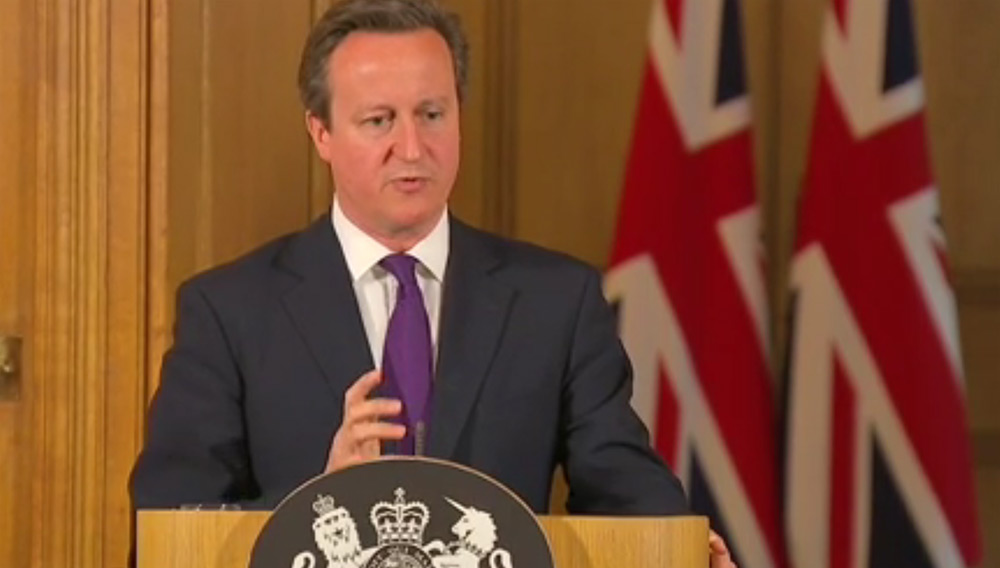 Cameron even managed to find support for this move from the leaders of the other two recognised parties, Labour and the Liberal Democrats. Nick Clegg joined Mr Cameron at the press conference announcing the rushed through legislation and defended it saying that he wouldn’t stand by the new laws unless he believed a real emergency was taking place.

Labour leader Ed Milliband has also signed on for the new legislation, with the proviso that it automatically come to an end in 2016, with the idea being that the next government would re-address the issue. David Cameron has however said he would push forward with the ‘snooper’s charter’ should he be re-elected, which would catalogue all websites visited by UK citizens.

Understandably then, many groups are outraged at the blasé manner in which the government is pushing this legislation through. Most are concerned that Cameron and co. are using words like “emergency” to describe the situation, since the EU court ruled the collection of data invalid back in April and only now in July does the government seem ready to act.

Executive Director of the Open Rights Group, Jim Killock said: “Not only will the proposed legislation infringe our right to privacy, it will also set a dangerous precedent where the government simply re-legislates every time it disagrees with a decision by the CJEU.

“Blanket surveillance needs to end. That is what the [European] court has said.”

Conservative MP David Davis has also spoken out against the plans, suggesting that the government was fabricating an emergency in order to the pass the law and that it needed to be given plenty of time to be considered, rather than rushed through. “This is complicated law, it needs to be got right,” he said, via the BBC.

KitGuru Says: Pretty disgusting that despite data retention being called a human rights violation by the EU court, that the UK is able to just steamroll that and make it a legal practice on the national level.

And people want us to leave the EU and give these people more power?