SOPA like Trans Pacific Partnership derailed by US Senate

It's been a while since the internet's freedoms were threatened by something as paltry as legislation, we've had PRISM and Tempora to worry about for the last 10 months. But before that, we took on the likes of SOPA, PIPA and ACTA and won, so it's somewhat surprising that the equally awful Trans Pacific Partnership has received as little press as it has, considering it would make it almost impossible developing nations to gain access to life saving medicine. But never fear, because the US Senate leader, Harry Reid, has just given a big thumbs down to the TPP, effectively killing the trade agreement until at the earliest, the next congress, which will happen in early 2015.

While Reid has supporters for his views on the TPP, with many believing pushing it through congress (especially without debate) would lead to the loss of US jobs, as well as harm environmental protections, Reid is mostly responsible for reigning in its possibilities of being pushed through. His statement on the matter was clear: “Everyone knows how I feel about this. Sen. Baucus knows. Sen. Wyden knows. The White House knows. Everyone would be well-advised to not push this right now,” he said (via Politico). 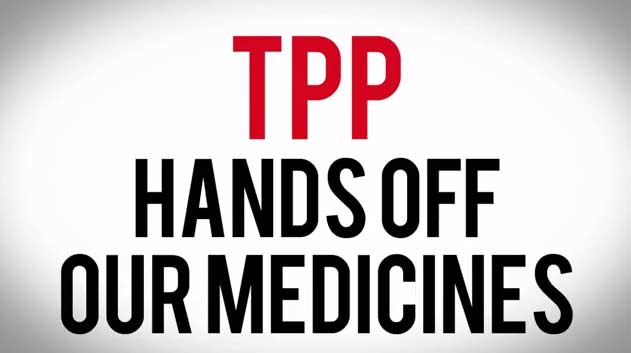 Doctors Without Borders had a big campaign to stop the TPP

While President Obama has been gently pushing for the trade agreement to be signed in, suggesting it would promote trade, the biggest problems with it come from its restructuring of copyright law, which would extend its reach far beyond what it is now. It would mean companies could hold on to monopolised copyrights for years longer, making it much harder for competition to bring prices down, especially in the field of medicine – so much so in-fact that Doctor's Without Borders became outspoken opponents of the agreement.

It also left a sour taste in a lot of people's mouths, because of the fact that it was a trade agreement, not legislation, which meant the public didn't need to be told about it and that it could theoretically be pushed through congress without debate – though Reid has now certainly put a stop to that.

Another big (in every sense of the word) enemy of the TPP was Megaupload founder and entrepeneur Kim Dotcom, who said via his Twitter: The #TPP is dead. Just like #SOPA & #ACTA. Hollywood, what are you paying Chris Dodd for? He makes you look #STUPID,” referencing the current head of the MPAA who was keen to push the agreement through, since it would benefit movie studios by strengthening their copyrights.

KitGuru Says: Glad to see this hit such a strong road block. It's really encouraging that the world is more than happy to stand up to these restrictive agreements and makes you think we might be able to avoid the 1984 future after all.