Home / Channel / U.S. may ask for your Facebook data when you cross the border

U.S. may ask for your Facebook data when you cross the border

The United States border control could begin asking visitors who plan to stay up to 90s days, about their social media activity. Although the proposed changes to visa screening would be optional if brought into play, it's thought that it could give the Department of Homeland Security (DHS) a better insight into the people visiting the country.

Social media and digital histories of individuals have become an increasingly important part of the U.S. investigative process when tracking down potential terrorists and in the aftermath of attacks like the San Bernardino one last year. Because of that, it's now being considered as a preventative measure as well.

What's not clear from the proposal is how much of your social media presence the DHS would look over. We know that the NSA and other organisations have tight relationships with Facebook and other tech firms, but would the DHS be able to get around account privacy limitations? 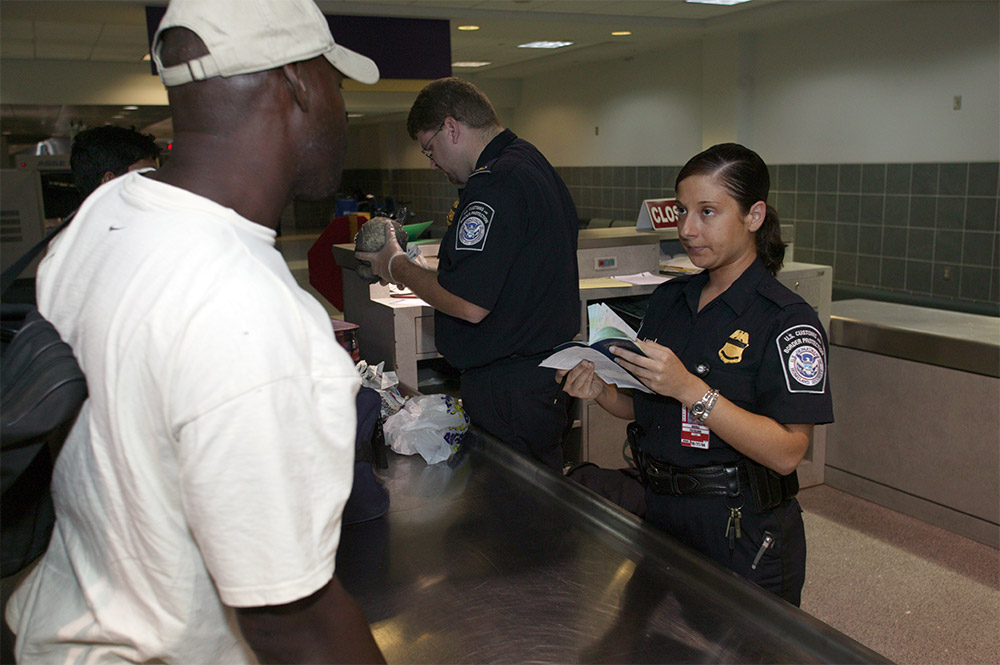 ‘Can you confirm your Twitter handle for me sir?'  Source: Wikimedia

There's also concerns about how effectively visitors would understand the proposed form. The question on it would read, “Please enter information associated with your online presence—Provider/Platform—Social media identifier.” Were people to lie or provide useless information, there are concerns that this wouldn't leave enough time for correction before crossing into the U.S., according to The Guardian.

The proposal hasn't been implemented yet and will be under consultation until the 22nd August. We'll have to wait and see at that point if the U.S. starts taking social media posts that bit more seriously.

KitGuru Says: Unless the DHS is planning to get around social networking privacy protections, I don't see this being particularly useful. If I went to America intending to do harm and made it so the public couldn't view any of my profiles, or simply refused to put the information down on the form, what use would any of my social networking credentials be?