Although lovers of space have been calling for a manned trip to Mars for decades ,we still don’t seem any closer to sending people to its far-flung surface. That doesn’t mean steps aren’t being taken though, with NASA last week testing the engine that will make up the core stage of the rocket which will eventually take the first intrepid humans all the way to Mars. And now we have video of it being tested. 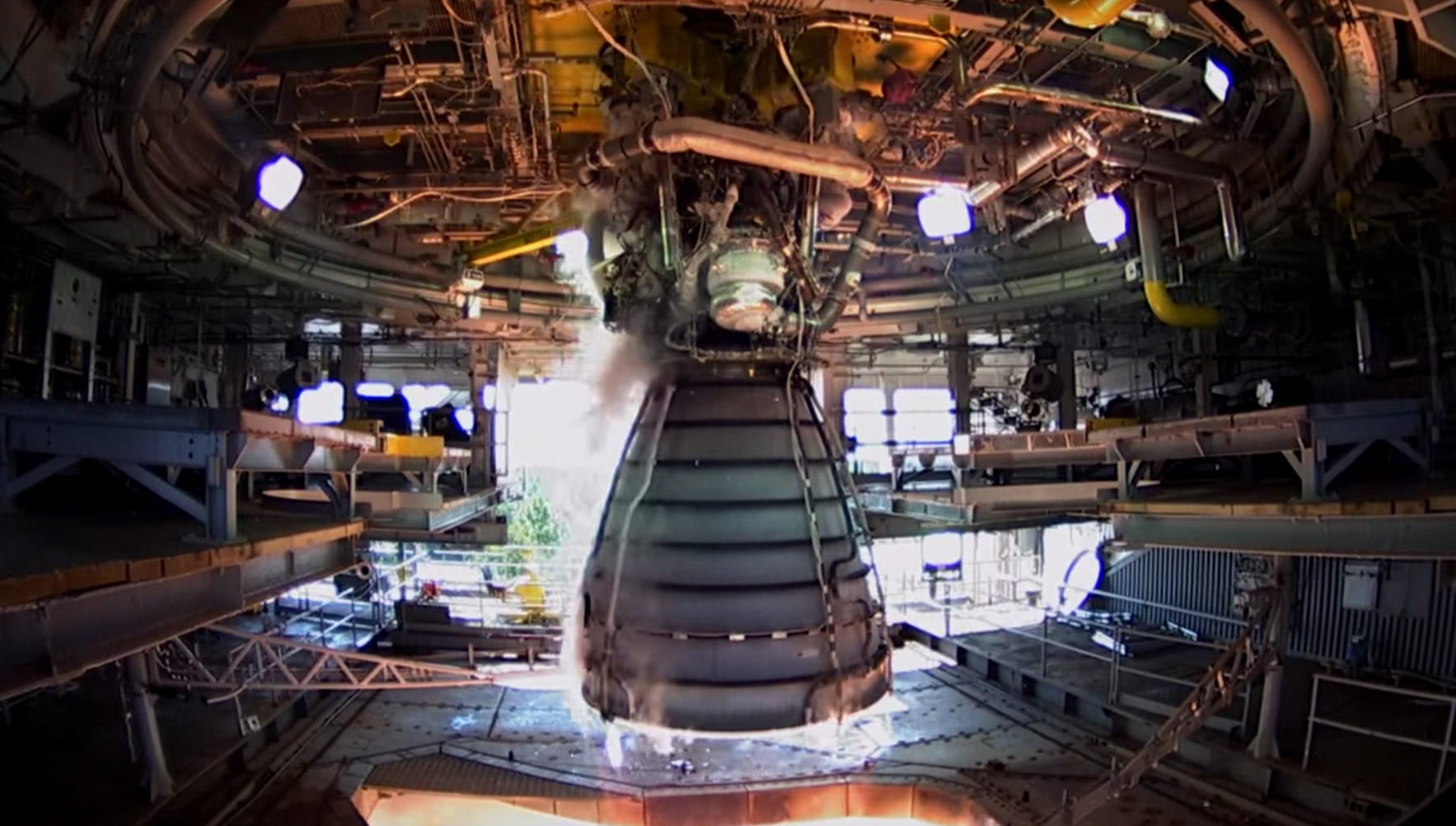 The motor in question is the RS-25, the same one used throughout the Shuttle program. Unlike the Shuttle program however, four of these engines will eventually be used (compared to the three on the older program), giving the craft a much greater lifting capacity and making it possible to carry cargo and people alike beyond low Earth orbit.

However as well as more of them, the core RS-25 design has been upgraded too. This newer version features more thrust, higher propellant inlet pressures and it operates at a lower temperature according to NASA. It also has a much improved engine controller (as per The Register) – as you might expect, considering the first RS-25 was developed in the early ’80s.

The test of the single engine that took place last week went well and ran for the full 535 seconds it was intended to – equivalent to the amount of time that the engines would be active during an actual launch.

One more test of the developmental engine will take place within the next few months, but after that actual flight engines will begin to be tested for the eventual construction of the full Space Launch System (SLS), which will be NASA’s first full replacement for the Shuttle program which was retired in 2011.

An extended timeframe has an unmanned test orbiting the moon in 2018, followed by a manned visit to a captured asteroid in 2021. A manned mission to Mars could take place in the early 2030s, or mid 2040s, though any such mission would require up to seven launches of the SLS to construct the craft necessary in orbit.

KitGuru Says: I have to agree with Mr Zubrin. It should be humans to Mars in 10 years. Musk is a big fan of the idea. Perhaps Space X will help it on its way?