Back in June, we presented some of the world's first shots of the upcoming Thermaltake Jing cooler. Now, three months later, the product is about to ship in volume and we've got it in our lab early. Before we begin the torture testing, here's a quick look see.

After the Big Typhoon VX, Thermaltake hit a lull. For ages, the coolers being produced looked great, but just could not compete with the latest and greatest designs from other vendors.

On the air side, Thermalright stood strong with its Ultra 120, Coolermaster produced the Z600 and V8 while every guru's favourite Austrian sandwich went from strength to strength.

At the same time, a small armada of easy to use water cooling solutions splashed into the market. CoolIT led the way with the Domino and was quickly followed by the Corsair H50.

Against that background, it seems that Thermaltake's engineers were being driven to try harder and harder.

The last of the ‘look great, but don't deliver on the cooling' products were the V1 and the SpinQ – both of which look like mini works of art.

Then Thermaltake launched the Contac29. Simple, cheap and easy to use – it became an overnight favourite with AMD and Intel enthusiasts on a budget. It pushed straight into the Arctic Cooling Freezer space and has stayed there ever since.

But even the Frio has its draw backs. That extreme level of air cooling needs, well, an extreme amount of air. Running passive, single fan or dual fan on slow – the product is unobtrusive. However, when you set the fans to high, you definitely know that the product is ‘on'.

Listening closely to the market, Thermaltake's CEO Kenny Lin, went back to the engineering team and told them that he could live with a slightly lower cooling ability, if only they could make a cooler that was truly harmonic. Something that balanced perfomance with striking looks and whisper-quiet performance.

Enter the Jing, Chinese for silence, and an ambitious attempt to marry extreme cooling performance with complete peace at a sensible price.

Does it work?  Zardon will fire up his mighty test rig and deliver a result shortly. For now, here are some pics to get your juices flowing.

KitGuru says: Making the perfect cooler is a thankless task. Get the cooling right and it's noisy. Make it quiet and it can't keep your CPU cool. Getting the right balance is tough. Will Jing manage? Come on Zardon – render a verdict!

Whisper below or speak in your normal voice in the KitGuru Forums. 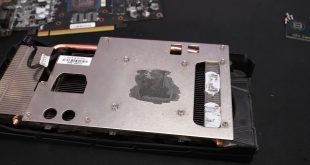 Liquid metal is known to be an extraordinary thermal conductor, but if not used properly, …