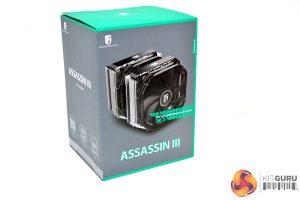 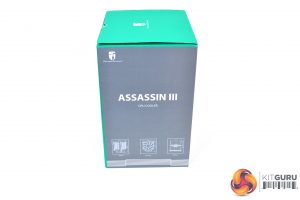 External packaging of the Assassin III follows the traditional design of Deepcool cooling products with its green and grey theme. The front of the box displays a large image of the product, an Assassin III logo is printed at the bottom. 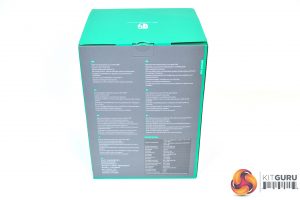 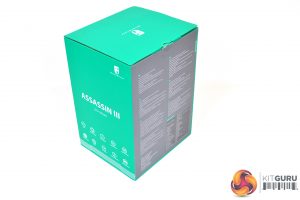 Looking at the rear, we find a list of information about the product in various languages and a full detailed specification. On the right side of the box there is a list of features, and on the left we find diagrams showing cooler dimensions. 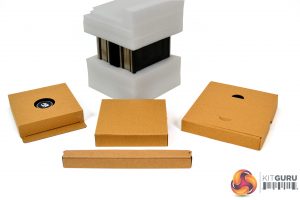 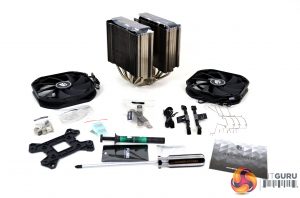 On opening the packaging, we find everything neatly packed into smaller boxes. A thick foam protects the critical areas of the cooler. Once removed from the internal packaging, we can clearly identify what is included. 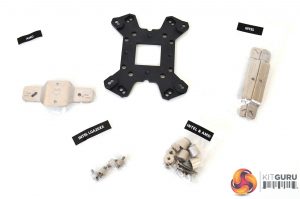 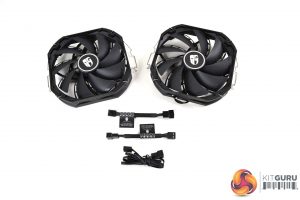 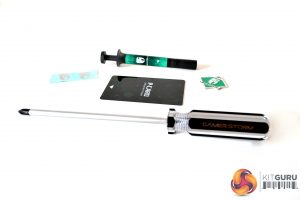 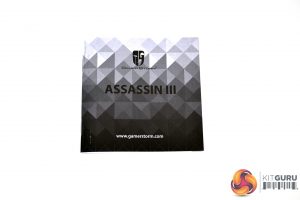 Also included is G15 thermal compound with P-Card spreading tool and cleaning wipe, a Philips screwdriver identical to the one bundled with the be quiet! Dark Rock Pro 4, along with installation instructions. Deepcool have also included two self-adhesive decals which you can put where you like, as well as one metal self-adhesive badge. 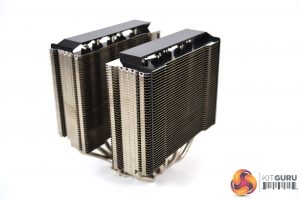 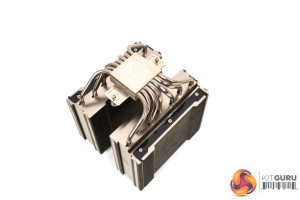 The cooler itself seems to be very well constructed, with mirror polished fins and black air-flow directing spoilers on the top. The nickel coating on the heat pipes looks smooth and even – the same can be said for the thermal transfer plate. 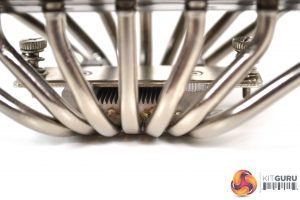 The top of the thermal transfer plate incorporates a heat dissipation fin design not too dissimilar to the internals of a water-cooling block, but on a larger scale. This could possibly help dissipate some heat faster than if it was flat. 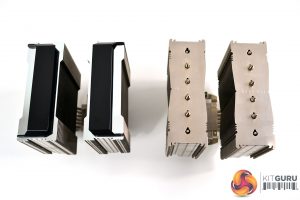 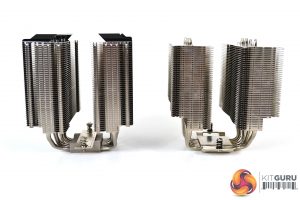 Compared to the NH-D15 dimensions are very similar. The height and depth of the two are almost identical at 165mmx161mm, but the NH-D15 is slightly wider at 150mm where the Assassin III is just 140mm, which will provide a little more space between the cooler and the first PCIe slot. 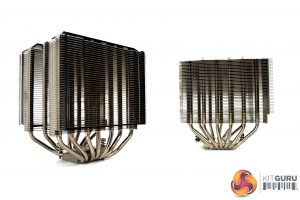 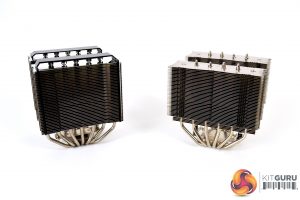 The Assassin III sports a total of seven heatpipes where the NH-D15 only has six, but the NH-D15 has a slightly higher fin count at forty-five, compared to the Assassin III which has forty-four. So there is technically slightly more cooling surface area on the NH-D15.

In terms of weight the Assassin III is the heavier of the two at 1464g with both the 140mm fans fitted. The NH-D15 weighs in at 1320g with fans installed which is a decent weight saving, therefore should put less strain on the motherboard/fixings. 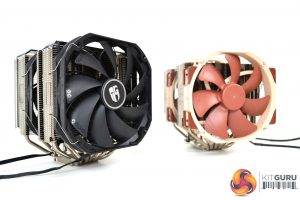 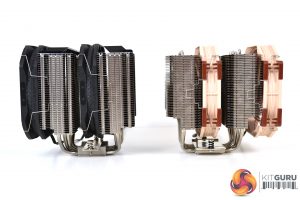 Other than the differences mentioned above, plus the NH-D15’s larger 150mm fans, the two are very similar in design and looks. Personally, I prefer the look of the black fans on the Assassin III as they will fit in better with most build colour schemes, compared to the tan and brown standard fans which come with the NH-D15. 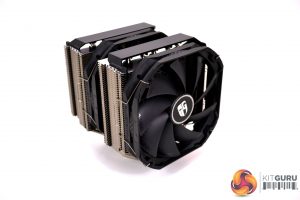 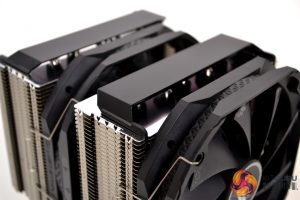 Build quality of the two are comparable, both have a high-quality look and feel. The polished top cooling fin and black spoilers add an extra dimension to the aesthetics of the Assassin III which may please some, but again is down to personal preference.