In essence, this test is showing us how far the cooler can be pushed while keeping a sensible 90C maximum. Or whether there is more room for pushing clocks and power delivery beyond the PBO limits while still sticking to a 90C target. 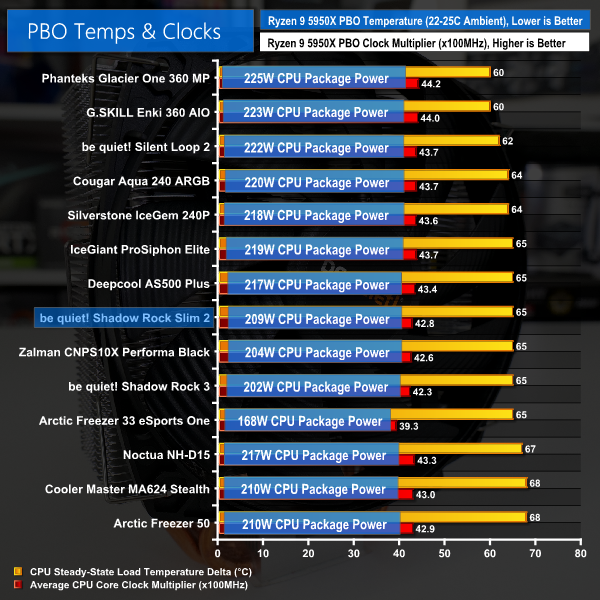 Firstly, it is critical to note that small differences in the displayed delta temperatures are not important for our PBO testing as the clock speed and cooling power achieved are more important metrics.

be quiet!’s Shadow Rock Slim 2 manages to cool around 209W of CPU package power from our Ryzen 9 5950X. This translates into an average clock speed of 4280MHz.

By comparison, the Zalman CNPS10X Performa Black that we reviewed recently is around 20MHz slower on the clock due to managing around 5W less CPU power than be quiet!. And the similarly priced, but 120mm fan equipped, Shadow Rock 3 from be quiet! is also beaten in our PBO testing.

be quiet!’s modestly sized Shadow Rock Slim 2 is quite comparable to the physically much larger and slightly more expensive Arctic Freezer 50.

PBO testing highlights strong performance for be quiet! with the Shadow Rock Slim 2. 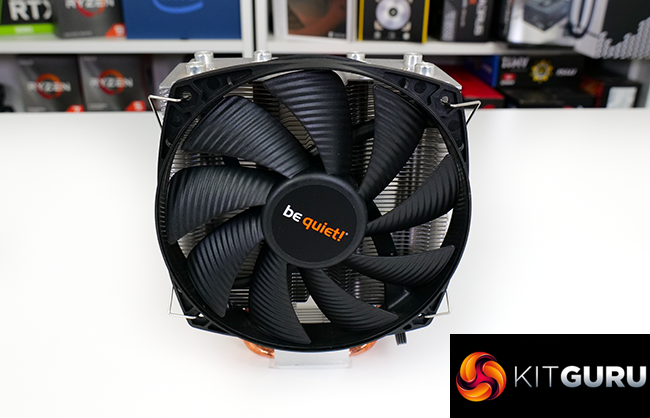 And if you are interested in stock results, the be quiet! Shadow Rock Slim 2 recorded a temperature delta of around 33C for 128W package power cooled. That is pretty much identical to the Zalman CNPS10X Performa Black in terms of temperature.

The delivered all-core clock speeds were similar between be quiet!’s new cooler and the Zalman competitor, too. With both coolers running our 5950X at around 3.84-3.85GHz under all-core loading.