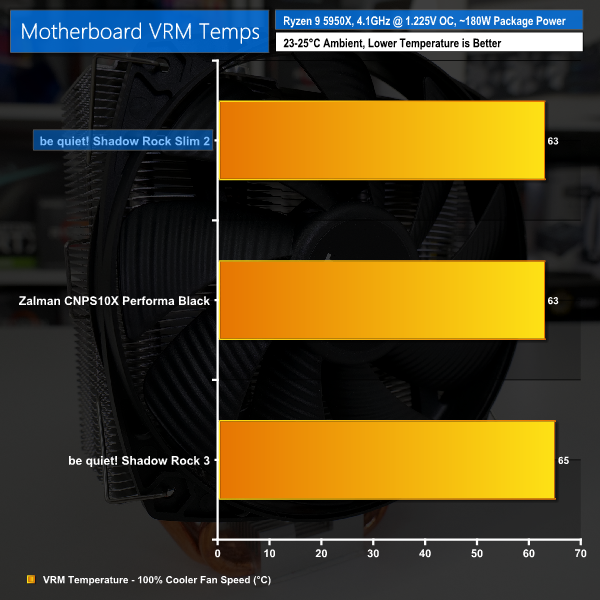 Another benefit of using an oversized 135mm fan is that more incidental airflow finds its way to the motherboard VRM heatsink, dependent upon your motherboard layout of course.

In our test system with the Gigabyte B550 Aorus Master, this translates into chart-topping VRM temperatures for the Shadow Rock Slim 2 alongside Zalman’s competitor.

Even with VRM temps passing 70C under the heavier 209W PBO load, we have no cause for concern with the ability of be quiet!’s Shadow Rock Slim 2 to provide airflow around the CPU socket for motherboard cooling.