At the Embedded World 2015 trade-show this week Asrock demonstrated its first mainboard for LGA1151 central processing units code-named Skylake. DFI, a well-known maker of mainboards that no longer produces products for consumers, is also showcasing its embedded/industrial LGA1151 roadmap at the show.

Although makers of desktop mainboards are not allowed to demonstrate motherboards for next-generation Intel Corp.’s processors code-named “Skylake” before actual launch, the situation is considerably different on the market of platforms for embedded applications. Given extremely long lifecycles of products there, manufacturers have to demo future mainboards as early as possible to give their clients a clear understanding what to expect. 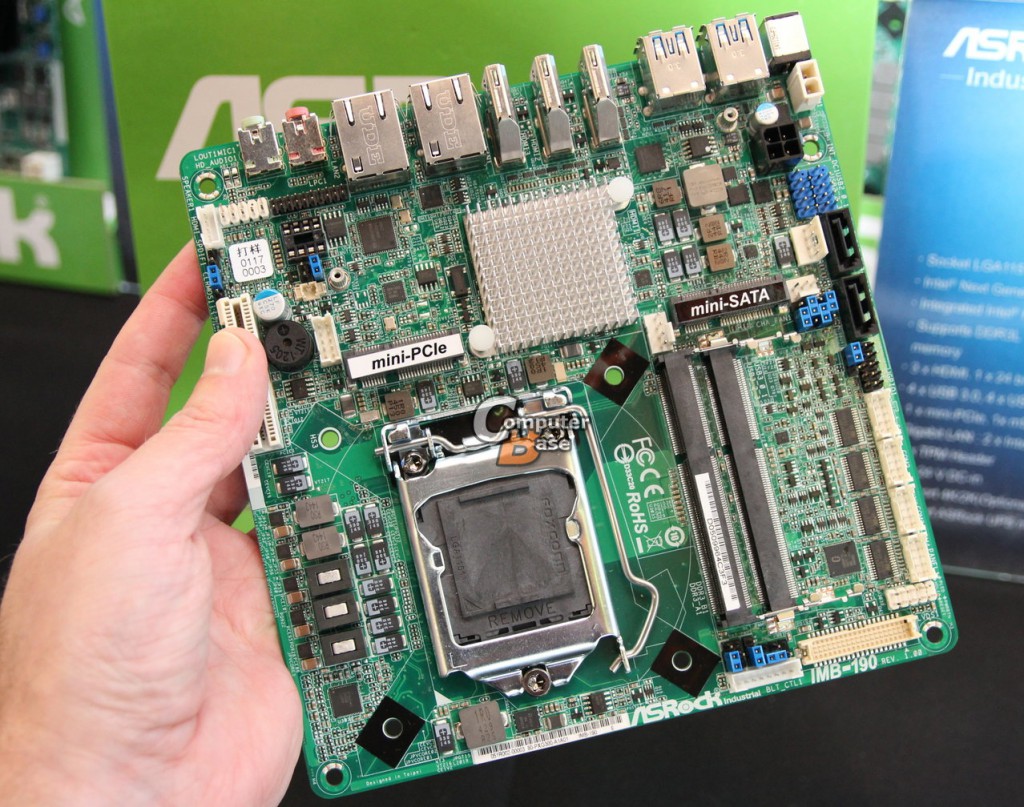 Asrock’s IMB-190 mainboard for industrial PCs comes in mini-ITX form-factor and sports LGA1151 socket for next-generation Intel Core i-series or Celeron processors based on the code-named “Skylake” micro-architecture. The motherboard supports two DDR3 DIMM slots for up to 16GB of memory, one mSATA port, one PCIe 3.0 x4 slot, one miniPCIe port, two SATA-6Gb/s connectors as well as one mSATA. The platform has two Gigabit Ethernet adapters and supports an optional TPM module. The IMB-190 also features three HDMI outputs as well as one eDP or one dual-channel LVDS to enable embedded display support. 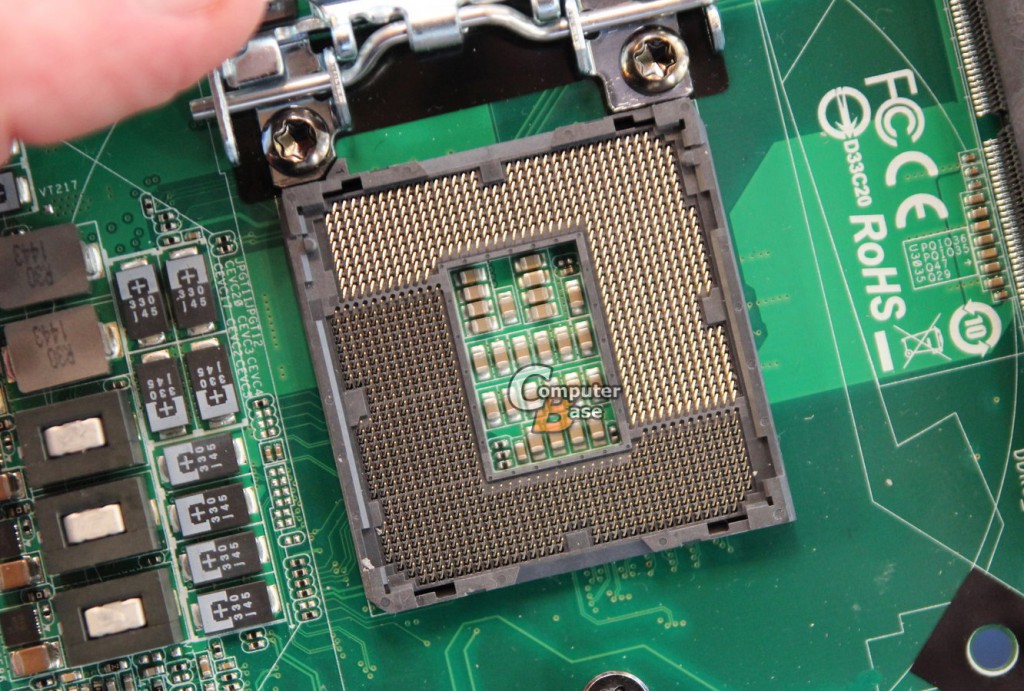 The Asrock IMB-190 motherboard, which image was published by ComputerBase, is nothing really special. It has all the connectors needed for industrial-grade platforms and design optimized for unfriendly environments. What is noteworthy is that Asrock decided not to implement the new M.2 slot for modern solid-state drives. While at present there are not a lot of rugged SSDs in that form-factor, this will change in the future. 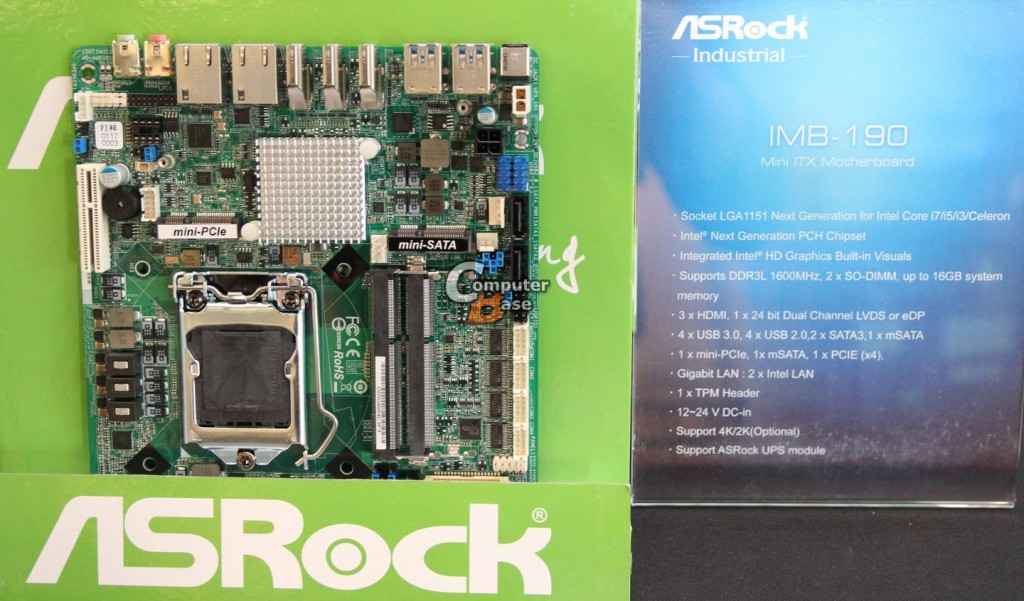 DFI, a motherboards maker that is dedicated solely to embedded and industrial mainboards, outlined plans to introduce 17 platforms for Intel “Skylake” processors based on Intel’s Q170, H110, QM170 and C236 chipsets. The new motherboards will support chips with 15W, 35W, 65W and 95W thermal design power. DFI plans to sample its new LGA1151 mainboards in Q3 or Q4 this year and to start their mass production in Q1 2016, a year from now. 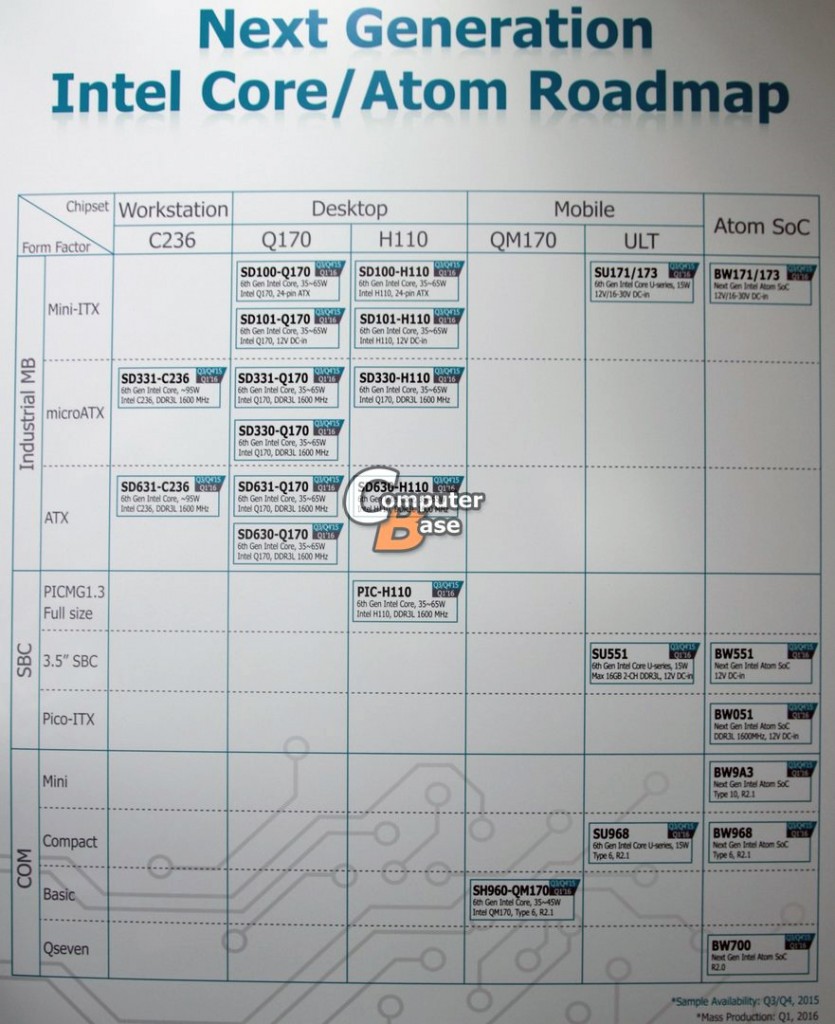 If mainboard makers believe that Intel will roll-out embedded versions of its “Skylake” microprocessors in the first quarter of next year, then it is guaranteed that regular versions of the chips will hit the market in 2015. Of course, if Intel does not change its plans.

KitGuru Says: While Asrock’s IMB-190 is a year away, it looks like a finished product. Apparently, mainboard makers have already designed their platforms for Intel’s “Skylake” and are only waiting for the CPUs to arrive…