Asus: CPUs used with LGA2011-3 O.C. sockets should be covered with warranty

As reported, Asustek Computer’s mainboards based on Intel Corp.’s X99 platform are equipped with special sockets that feature additional contacts not used on commercial mainboards by other makers. The contacts allow to better overclock Intel’s Core i7-5800-/5900-series “Haswell-E” microprocessors, but Intel claims that usage of such sockets voids warranty. Asus argues that the warranty should not be voided.

Asustek’s LGA2011-3 O.C. sockets feature pins which Intel uses only for testing of chips, but does not allow their usage on commercial products. The additional pins allow to increase core voltage (Vcore) to 2.1V – 2.2V, up from 1.2V. The significant increase of Vcore enables overclockers to boost clock-rates of Intel Core i7-5800-/5900-series “Haswell-E” microprocessors more significantly than on other motherboards. However, the chip giant has warned that usage of the O.C. sockets and additional pins voids warranty, reports ComputerBase.de. 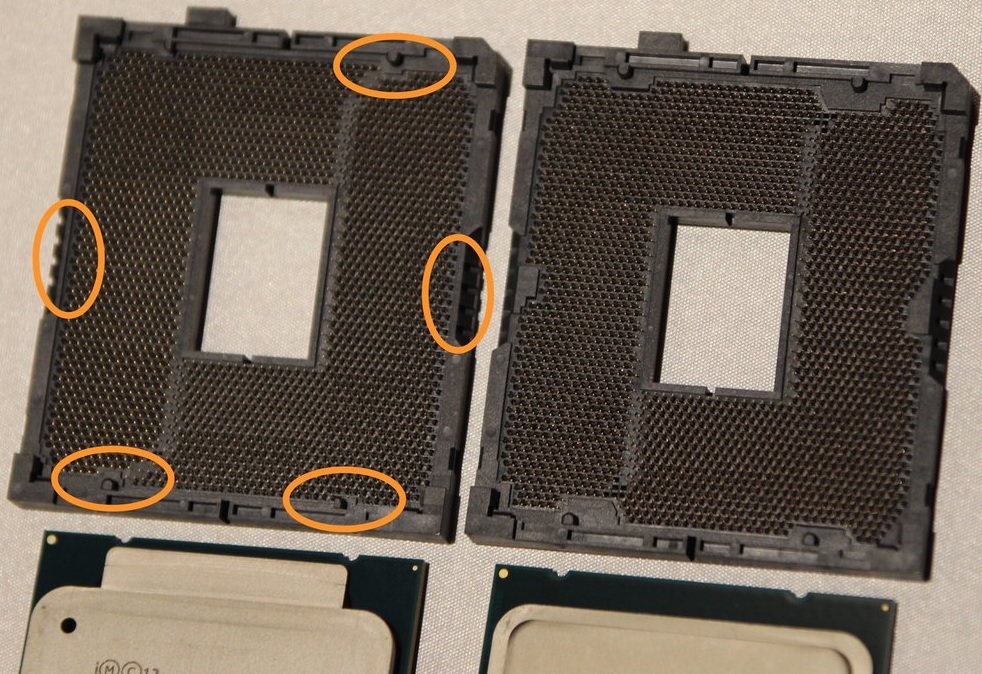 Intel claims that usage of the O.C. sockets have not been validated for commercial systems. Asustek argues that the design of the socket is akin to design of non-reference voltage regulating module (VRM) or covering LGA pins with gold. Therefore, the warranty should not be voided.

The result of the dispute between the chipmaker and the manufacturer of motherboards remains to be seen. Typically, Intel allows its close partners, such as Asus, to re-engineer its platforms quite significantly. Nonetheless, all the situations are individual.

KitGuru Says: Damaging microprocessors as a result of overclocking always voids warranty. Therefore, the reasons why Intel is so unhappy because of the OC socket are not completely clear.