Intel Corp. has officially unveiled its latest core-logic sets for desktop computers, the Z97 and H97. The new chips support all existing microprocessors in LGA1150 packaging that belong to the Haswell and Haswell Refresh families as well as the upcoming code-named Broadwell central processing units. The fresh platforms do not revolutionize desktops, but provide numerous incremental improvements.

The support for solid-state drives in PCIe M.2 form-factor (PCIe 2.0 x2) will boost maximum storage bandwidth to 1GB/s up from less than 600MB/s today provided by Serial ATA-6Gb/s, something that will clearly be appreciated by enthusiasts.

The new platforms will also support Intel Rapid Storage tech for M.2 PCIe SSDs, which will allow to create hybrid storage solutions (consisting of a hard drive and an M.2 PCIe solid-state drive) with increased performance.

The Intel’s 9-series chipsets will also bring support for Intel Device Protection technology with Boot Guard, which will boost security of personal computers based on the latest platforms from Intel. The technology was developed by Intel Security division and is a combination of hardware and software. This will be the first time for Intel consumer core-logic sets to feature an advanced security technology. 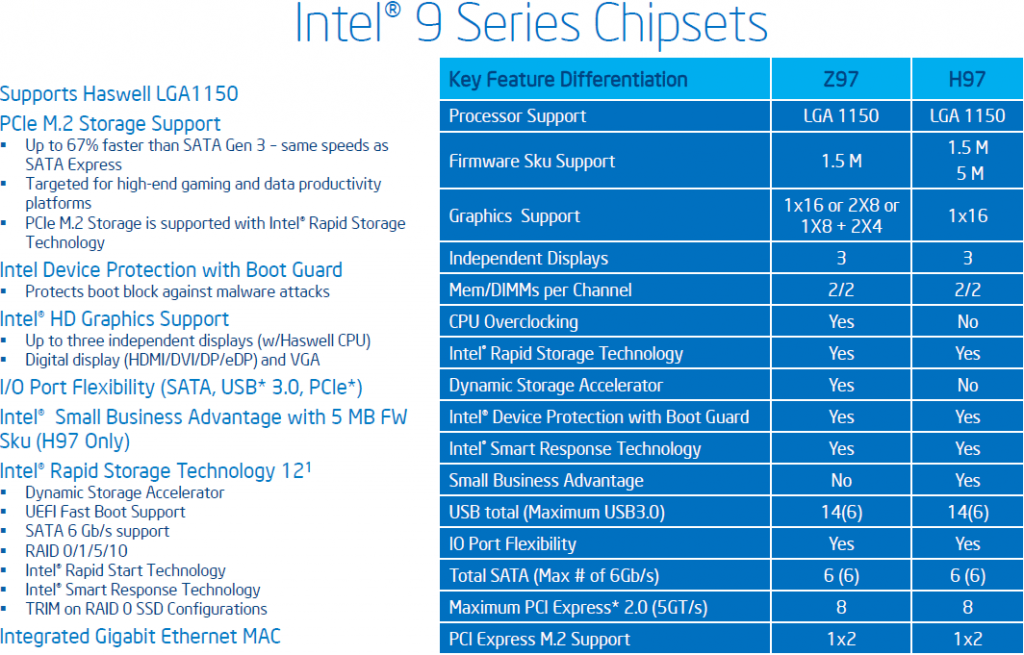 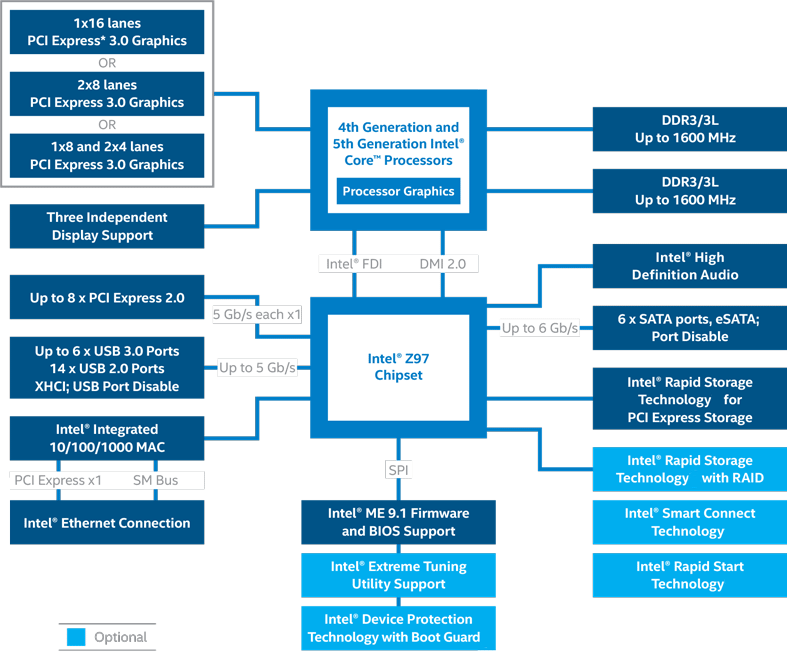 Leading mainboard makers, such as Asustek Computer, Asrock, Gigabyte Technology, ECS, EVGA, MicroStar International (MSI) and others are already shipping mainboards based on the Z97 and H97 chipsets.

KitGuru Says: While the new Intel platforms hardly provide a lot of advantages compared to last year’s Z87 at first glance, if you are an enthusiast who wants maximum overclocking potential (only provided by the Devil’s Canyon chips), high-performance solid-state storage and other advantages, then Intel’s new Z97 is just what the doctor ordered for you…