A newly leaked Intel roadmap has given us a hint at what to expect from Intel in the coming months. As it turns out, Intel Alder Lake-S could be landing a bit sooner than anticipated, with this roadmap showing plans for a Q3 2021 release.

The roadmap leaked by @9550pro refers to Intel workstation products. Divided into “Expert WS”, “Mainstream WS”, and “Entry WS”, the roadmap hints at a release of the Alder Lake workstation platform in Q3 2021. The platform seems to feature the Intel W680 chipset, 125W (K processors), 65W, and 35W processors with up to 16 cores, 20 PCIe lanes, and the LGA1700 socket. 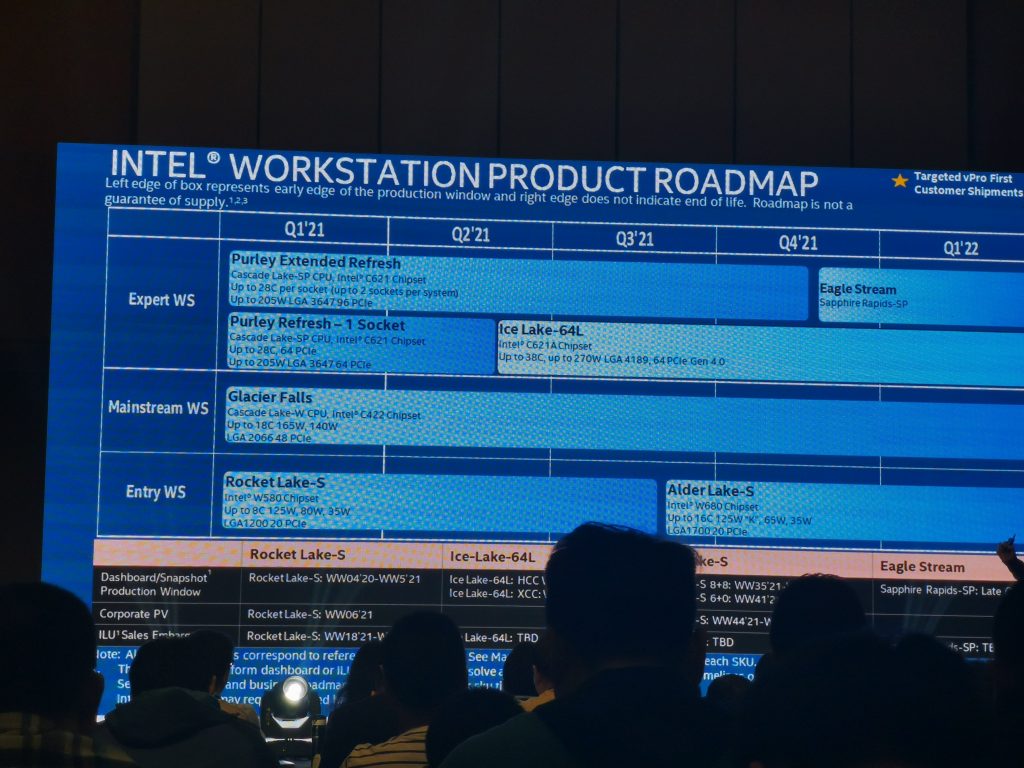 It's worth noting the roadmap might not be updated to Intel's current plans. As seen by the image, Intel Rocket Lake-S shows up with a release in 2020, but these processors only just arrived at the end of March.

KitGuru says: When do you expect to see Alder Lake processors hitting the shelves? Are you interested in seeing what the platform upgrade brings to the table?