Officially, the AMD Ryzen 7 5800X3D doesn't support any overclocking, but multiple users and enthusiasts have shown that it's possible to push the chip to higher clocks by increasing BCLK. Some could even make it past the 5GHz mark, but the average overclock is closer to the 4.7-4.8GHz range. 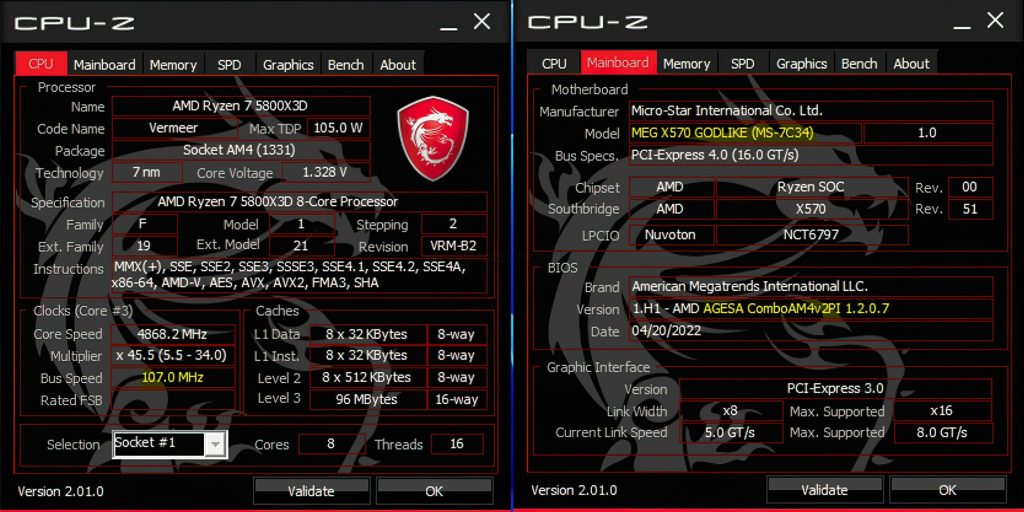 For now, no motherboard vendor has announced support for the feature, but that may change. According to Wccftech, MSI will soon launch a new BIOS for select boards based on the AGESA 1.2.0.7 firmware, including the MEG X570 Godlike, Ace and Unify series. These are MSI motherboards featuring an external clock generator, hence why these are the only ones that support BCLK overclocking.

Besides BCLK overclocking, the new BIOS will also fix the fTPM issue that causes game stuttering and introduce support for the latest Ryzen CPUs to 300 series motherboards.

KitGuru says: Do you own an MSI MEG X570 series motherboard? Are you planning on updating it so you can BCLK overclock the new Ryzen 7 CPU?