Back in January, Intel quietly launched the Xeon W-3175X, a 28-core, 56-thread monster of a processor. Now, Intel is ready to kick things up a notch once again with the Xeon Platinum 9200 series. This new range will see a flagship 56C/112T Xeon come to market.

Of course, gamers aren’t the target market for this kind of processor. Instead, these are intended for datacenters, as Intel tries to maintain its dominance in that sector. The Xeon Platinum 9200 series is based on the Cascade Lake microarchitecture, there are several SKUs in the lineup but they all supersede the 28C/56T Xeon that we saw earlier this year. 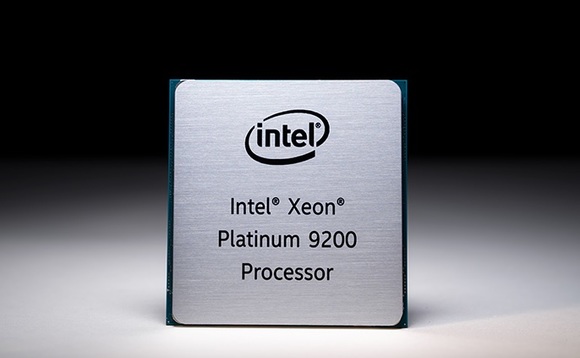 Here is how the full lineup breaks down:

All of those extra cores and threads do bring the boost clock speeds down below 4GHz but there is more cache per socket, 12-channel memory support and likely a few other improvements that haven’t been shared with us just yet.

Computex is just around the corner, so chances, we’ll be hearing more about Intel’s 2019 CPU plans in just a few weeks time.

KitGuru Says: We’ll be hoping to get our hands on some 10nm news at Computex this year for the consumer side of things. Still, there is plenty of exciting work going on in the datacenter segment this year already. It will be interesting to see how things progress, particularly with next-gen Ryzen just around the corner.