Advanced Micro Devices and its partners significantly dropped prices on select AMD Radeon R9-series graphics cards following the launch of Nvidia Corp.’s GeForce GTX 900-series “Maxwell” products in September. Unfortunately, the price-cuts do not help AMD to re-capture market share from its arch-rival, according to a financial analyst.

“In line with commentary from AMD on its Q3 earnings call that management planned to competitively reposition its graphics card lineup in Q4, the company implemented 30 per cent price cuts on its Radeon R9 290X and 290 graphics cards, with their comparable R9 290X card now priced $150 lower than Nvidia’s GeForce GTX 980,” said Michael McConnell, an analyst with Pacific Crest, in a note to clients, reports Tech Trader Daily. “Despite the comparable price discount in addition to game bundles, our supply chain conversations indicate minimal share shift back to AMD.”

AMD’s Radeon R9 graphics cards are powered by the code-named “Tahiti” and “Hawaii” graphics processing units that were first released in late-2011 and late-2013, respectively. Gamers who wanted such products have already bought them, which is why price-cuts and promo campaigns do not help to boost sales significantly. By contrast, Nvidia’s GeForce GTX 900-series graphics cards are based on the brand-new GM204 graphics processors featuring second-generation “Maxwell” architecture. 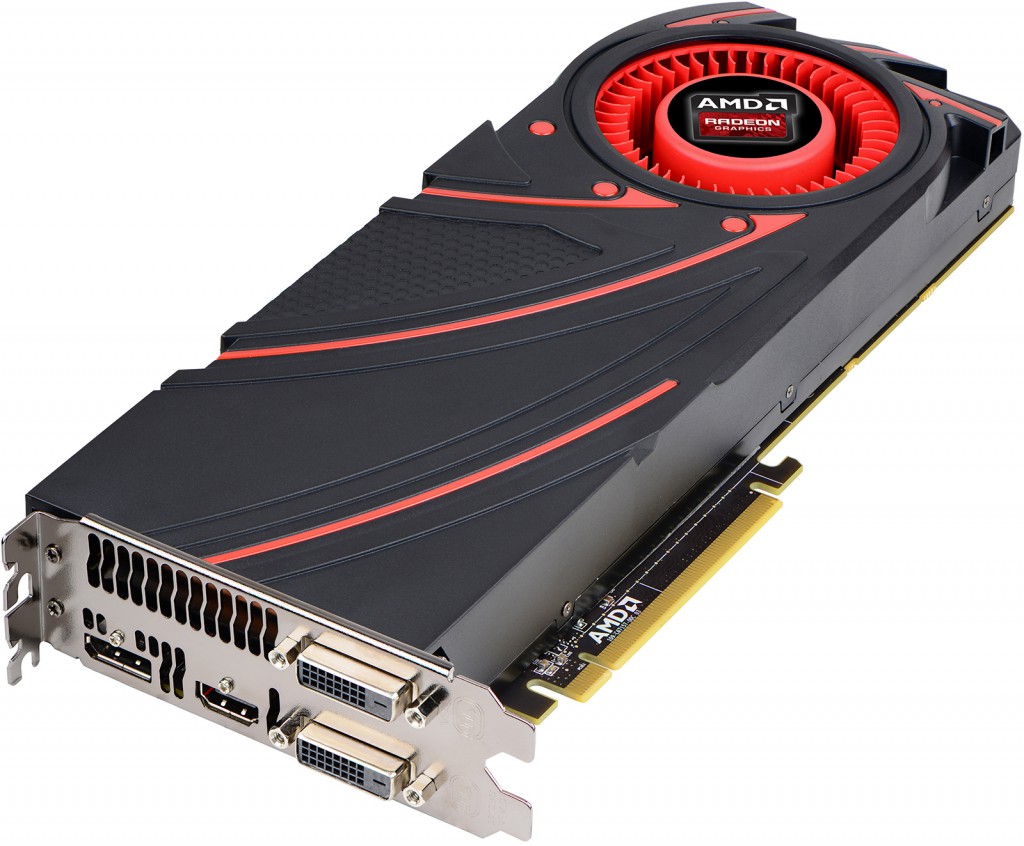 According to Mercury Research, Nvidia commanded 67 per cent share of enthusiast-class graphics card (which cost $300+) market in the second quarter of 2014. After the company released its all-new GeForce GTX 970/980 graphics cards in September, that share increased further and some believe that Nvidia now controls 80 per cent of the high-end desktop GPU market.

“In terms of quantifying high-end share gains and magnitude, our supply-chain conversations indicate that Nvidia’s GeForce GTX 980/970 has comprised over 80 per cent of high-end card shipments to channel partners since mid-September,” said Mr. McConnel. “Mercury Research estimated that Nvidia captured 67 per cent unit share in the $300+ desktop graphics card market in calendar Q2. While the high end of the desktop GPU market (also referred to as the gaming enthusiast segment) is approximately ~10 per cent of desktop discrete GPU market units, it garners 60 to 65 per cent gross margin. We estimate the desktop discrete GPU segment comprises 30 per cent of Nvidia overall sales.”

KitGuru Says: It is not surprising that price-cuts are not helping AMD significantly. The market of desktop discrete graphics processors is driven by launches of demanding AAA video games as well as by introductions of new graphics boards. Since AMD has not introduced anything brand-new for about a year now, its sales are dropping.