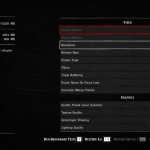 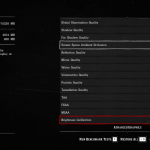 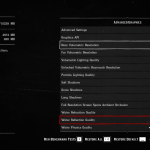 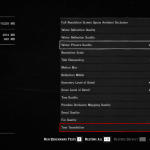 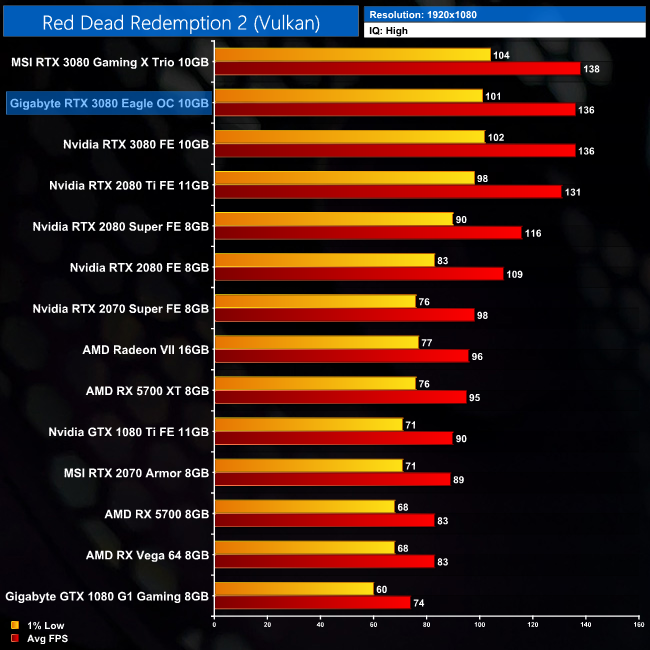 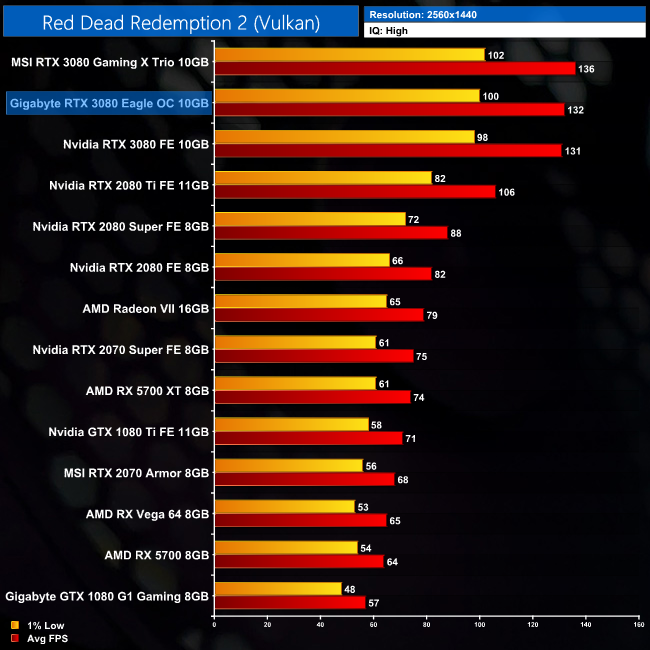 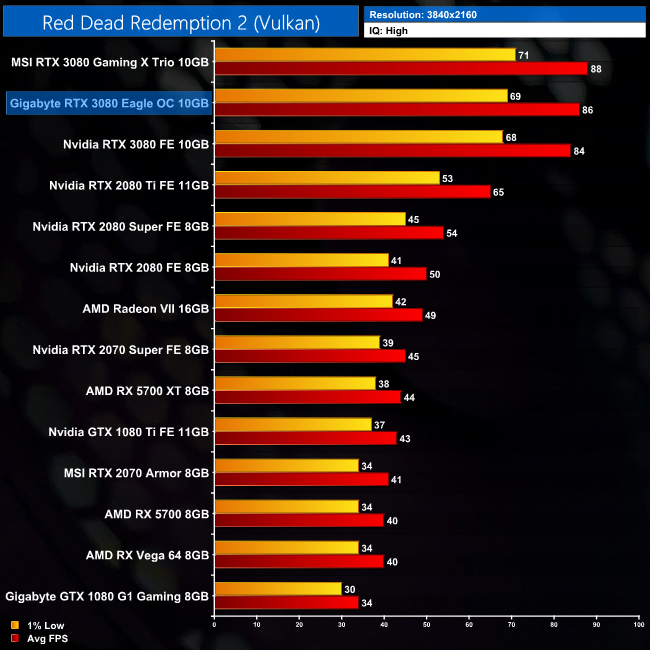 The 1080p and 1440p benchmarks for Red Dead Redemption 2 show barely any improvement for the RTX 3080 Eagle, when compared to Nvidia’s 3080 design. Its best result comes at 4K, where its extra 2FPS works out as a 2% advantage over the Founders Edition.