We are in a similar situation with Deep Learning Super Sampling (DLSS) that we are with ray tracing – no game on the market currently supports it, though that should hopefully change soon as thankfully we do not have to wait for a Microsoft update for games to utilise the new technology. It is a Turing-specific feature, though, so it won’t be available to those with Pascal (or older) GPUs.

Nvidia supplied another demo for the purposes of this review – this time from Final Fantasy XV. We were able to run the demo at 4K with both TAA and DLSS anti aliasing solutions. We used FRAPS to extract minimum and average FPS figures, after a 1-minute run. 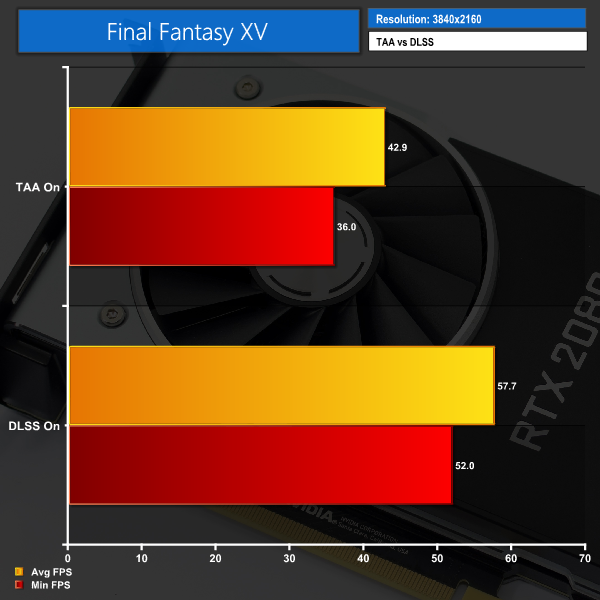 Using the FFXV demo, DLSS certainly seems to make a big difference – average frame rate improves by a huge 34%, while minimum FPS also jumps up 44%. Again, it’s only one demo – provided by Nvidia – but it does show DLSS could offer significantly better performance when running with AA on. This is exciting.

So, that’s the performance from the demo, what about visual fidelity? 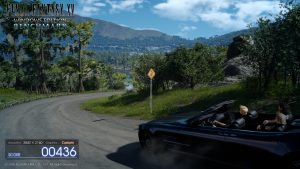 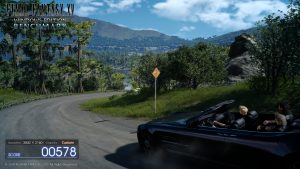 TAA on, left, versus DLSS on, right

The above screenshots were taken directly from the FFXV demo running on our RTX 2080. On the left we have the demo running 4K TAA on, and on the right the demo is at 4K with DLSS on instead. From this big-picture view, it may not look like there is much between the two. 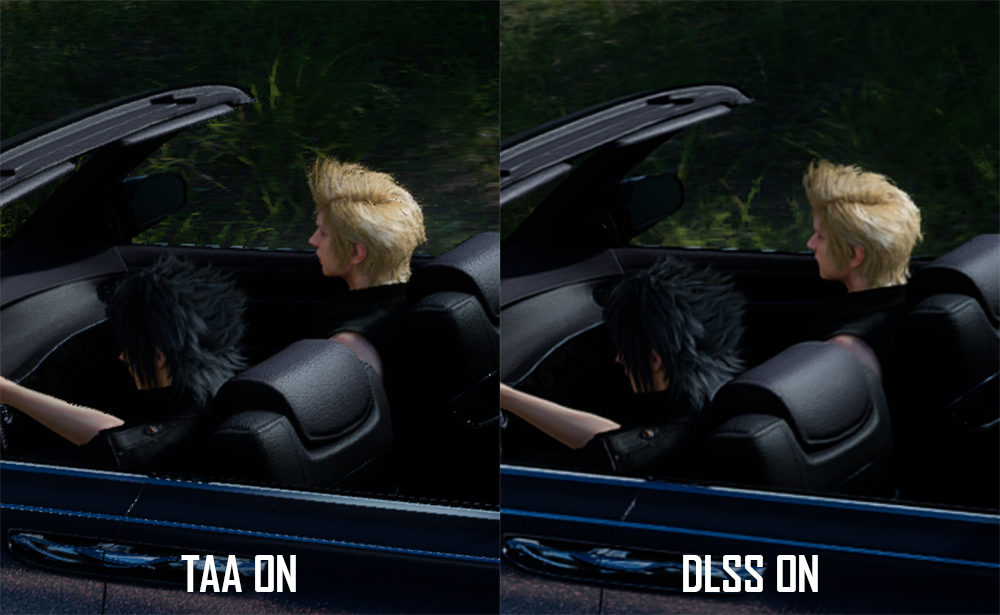 When we really crop in close, however, I think the difference is clear to see. TAA has noticeably more ‘jaggies’, while there are also some artifacts around the blonde hair. DLSS does look overall a bit softer, but it is noticeably smoother and overall a better-looking image.

I look forward to testing this further in a real-world in-game environment. This demo has certainly given us some insight, but again – it is a single demo. We can’t really judge DLSS on a single example just yet – but just like ray tracing, the potential is there to see for DLSS and Turing GPUs.

Back at CES, AMD officially introduced the RX 5600 XT, describing it as “the ultimate …