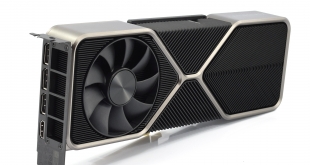 The time has come. Two years on from the launch of Turing and the RTX 20-series GPUs, Nvidia's Ampere architecture is here and so is the RTX 30-series. Promising the ‘greatest generational leap' in terms of performance, Nvidia claims the new RTX 3080 is up to twice as fast the RTX 2080, thanks to its 28 billion transistors, 8704 CUDA Cores and 10GB of new GDDR6X memory. Just how fast is this GPU – really?

It is safe to say the RTX 20-series never really captivated the gaming audience as Nvidia intended. Despite the Turing architecture bringing support for hardware-accelerated ray tracing and the AI-driven Deep Learning Super Sampling (DLSS) technology, the relatively meagre gains in terms of traditional raster performance – coupled with increased pricing compared to the 10-series – meant many gamers held onto their Pascal GPUs (or older) instead of upgrading.

With Ampere, Nvidia is addressing the problem head-on. Core counts have been massively increased across the board, with the RTX 3090 boasting an astonishing 10496 CUDA cores, while the RTX 3080 comes in with 8704. Memory has also been upgraded in the form of Micron's new GDDR6X which, coupled with a wider 320-bit memory interface, delivers almost 70% higher memory bandwidth than the RTX 2080. Thanks to a move to Samsung's 8nm node, the RTX 3080 GPU also features an eye-watering 28 billion transistors. 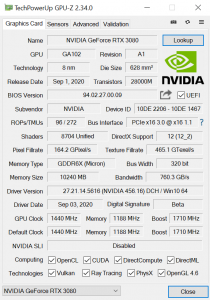 The company is also pushing on with its RTX features, claiming significantly improved RT and Tensor core performance compared to Turing. It's safe to say the reception to RTX technology as a whole was pretty chilly, but with DLSS 2.0 launching in April, and Nvidia's 2nd Gen RT cores supposedly bringing twice the throughput of the first-gen cores, Ampere could be the coming out party for RTX.

All of these improvements come with increased power draw, despite Nvidia moving from TSMC's 12nm process to Samsung's 8nm process node with the 30-series. Total graphics power, or TGP – the power consumption of the entire card – is now up to 320W for the RTX 3080, a 28% increase over last generation's flagship, the RTX 2080 Ti. Despite that, we can also note clock speeds have been slightly reduced compared to the 20-series, with the RTX 3080 sporting a boost clock of 1710MHz, down from the 1815MHz clock of the RTX 2080 Super.