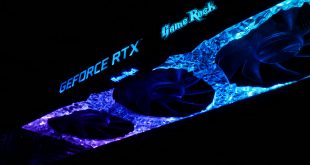 While the latest rumours suggest the RTX 3080 Ti has been delayed ‘indefinitely', RTX 3090 remains the go-to option for those demanding the fastest consumer GPU currently on the market. The fact RTX 3090s are so expensive also means there is actually some stock – if you are prepared to shell out £1889 for the Palit RTX 3090 GameRock OC we are looking at today. 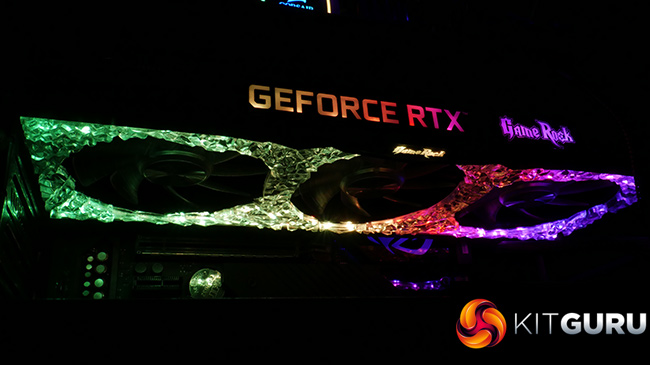 On paper, there's a lot to like about Palit's RTX 3090 GameRock OC. For starters, it has dual-BIOS functionality baked in, offering users a performance mode and a silent mode. The latter raises the power target to 420W (!), which is a 70W increase over stock, while also pushing the rated boost clock up to 1845MHz, another sizeable boost compared to the RTX 3090's stock specifications.

And then there's the RGB. There's no trying to hide it with this card, the GameRock OC is the most blinged-out graphics card, in terms of RGB lighting, that I have ever seen. If you don't like RGB, then be warned – this is not the card for you. If you are an RGB lover though, there's no denying that the GameRock OC is pretty special in that regard. 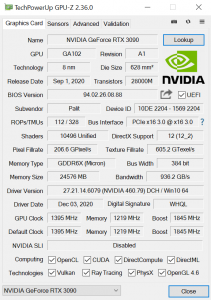 Finally, we can see Palit has pushed the clock speed slightly further than reference. RTX 3090 defaults to a boost clock of 1695MHz, but Palit has added an extra 150MHz to this figure, bringing it up to 1845MHz. Later in the review we test exactly how fast the GPU actually operates, as we would expect GPU Boost to bring clock speed well above the rated speed.