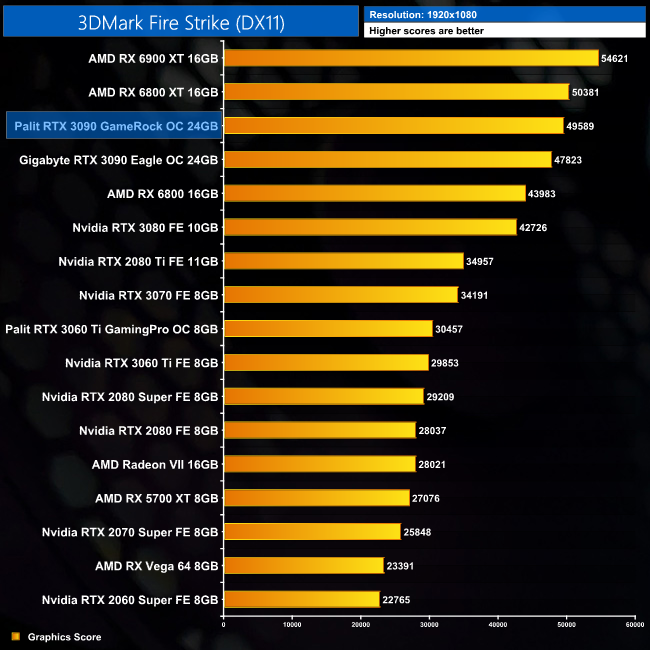 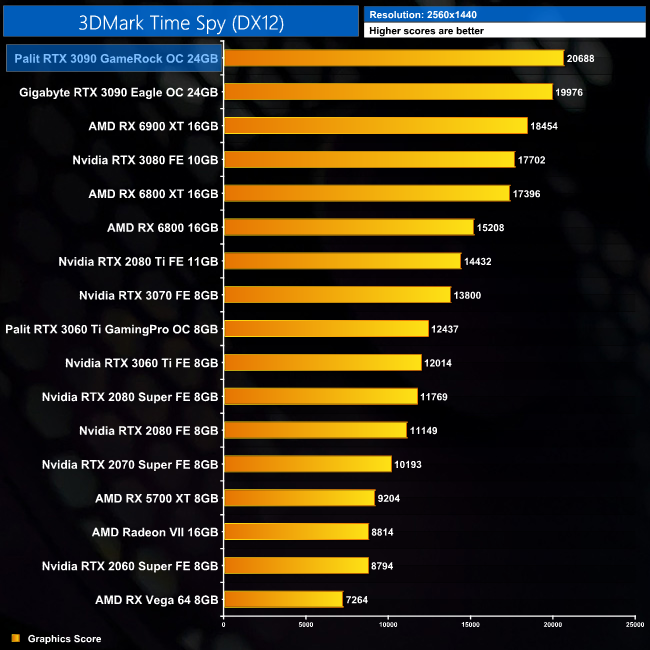 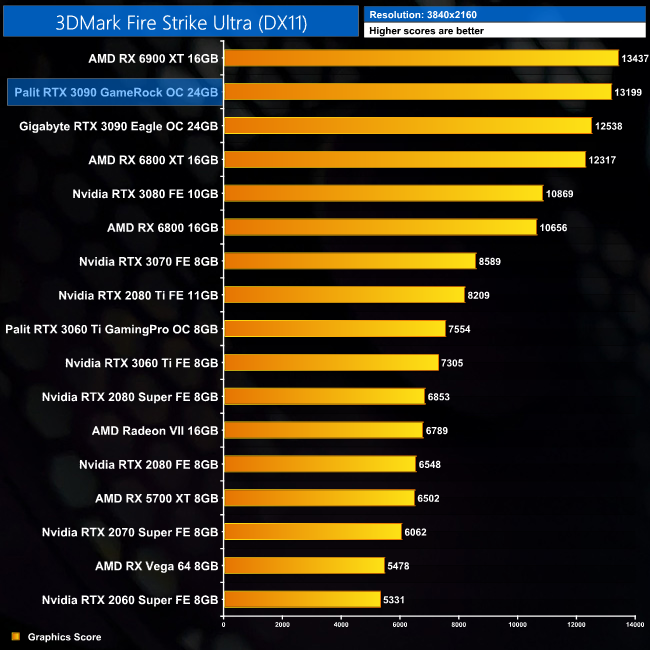 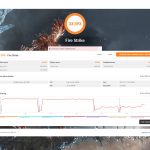 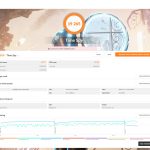 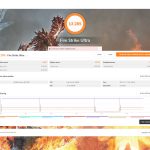 Starting off with 3DMark, we can see the GameRock OC offers a reasonable amount of extra performance when compared to Gigabyte’s RTX 3090 Eagle OC. In Fire Strike and Time Spy, for instance, the Palit GPU is 4% faster, but that increases to 5% in Fire Strike Ultra. In that test, there’s only a 2% difference between the GameRock OC and AMD’s 6900 XT.