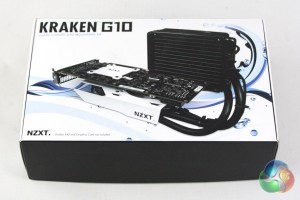 The Kraken G10 is supplied familiar NZXT packaging, featuring a black and white livery. The front of the box features a large image of a graphics card featuring the Kraken G10 bracket in conjunction with an X40 water cooler. 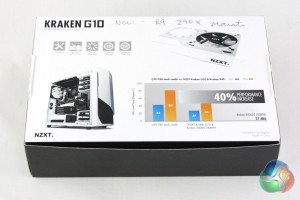 Turning the box over reveals some further pictures of the bracket alongside a graph which gives an example of the performance gains you could achieve. 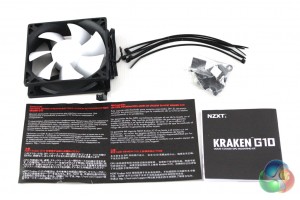 The accessory bundle consists predominantly of mounting accessories for the kit, consisting of numerous screws and cable ties. There is also a 92mm fan included alongside the installation guides.

Previous Intel grabs No. 2 spot on the market of tablet SoCs in Q2 – analysts
Next Kevin Smith to get cameo in LEGO Batman 3, as himself