Even though none of AMD's current generation of graphics cards officially support Microsoft’s DirectX Raytracing (DXR), according to recent reports, it seems AMD has been putting code in its GPU drivers since July this year.

As reported by PCGamesN, recent images from AMD’s China partner summit event, which were shared online, suggest attendees of the event may have heard details that the Radeon driver release due in December, will have new features coming that could include support for ray tracing.

It appears that AMD has had ray tracing code in its Radeon drivers since the Adrenalin 19.7.2 release back in July. While the code is thought to have been in the drivers since then, it has never been activated. Currently, none of the GPUs in AMD's current crop officially support ray tracing, while Nvidia have had hardware-level ray tracing since last year when its generation of RTX cards were released. 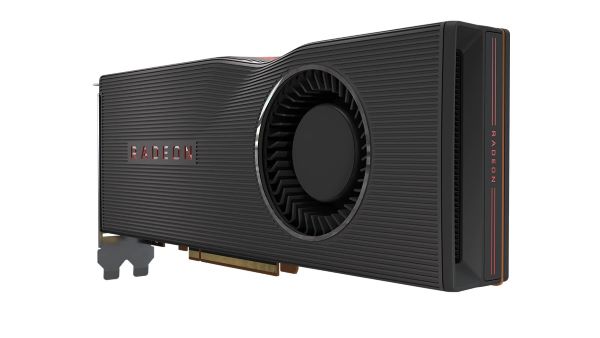 Given that Nvidia has had ray tracing enabled products on the market for over a year now, AMD has some catching up to do, it would make sense that AMD is working on support to incorporate ray tracing into its GPUs soon. However, that may not mean the current Navi generation, but possibly a rumoured selection of RDNA 2 cards which we could see as early as 2020, support ray tracing.

According to PCGamesN, Twitter tech analyst, Komachi spotted a reference to Microsoft’s DXR in AMD Adrenalin drivers in July but found it wasn’t actually active. However, Komachi is expecting DXR to be one of the new features in the Radeon Adrenalin 2019 software coming in December. This may mean the current crop of AMD Navi graphics cards will feature software level ray tracing. After all, there were suggestions in the past that Navi would have ray tracing patched in via software eventually, one way or another.

KitGuru says: Are you an AMD GPU owner looking forward to ray tracing support? would you like to see Navi support software level ray tracing or would you prefer to wait for hardware-level support in future generations?

Previous Man charged with burglaries on Valve’s office walked away with $40,000 worth of goods
Next League of Legends 10th birthday celebrations kick off on 15th October