This week saw AMD release its latest NAVI based GPU, the RX 5600 XT which was set to fill the performance gap between the Nvidia 1660 Ti and the RTX 2060. Just days before the release AMD pushed a VBIOS firmware update to partners for improved performance.

If you followed the AMD Radeon RX 5600 XT launch earlier this week, you will probably be aware of what went off. Just days before the official release, AMD decided to roll out a VBIOS updated for the RX 5600 XT series that increased GPU core frequency and memory speed to improve performance and move the RX 5600 XT much closer to the Nvidia RTX 2060 and AMD RX 5700 in terms of GPU power.

Although the new VBIOS increased the GPU core frequency, the majority of the performance gain came from the fact that the new VBIOS bumped the memory bandwidth up from 12Gbps to 14Gbps, which is almost a 17% increase in bandwidth. Despite the release of the new firmware, some AMD board partners have chosen to err on the side of caution when applying these VBIOS updates. 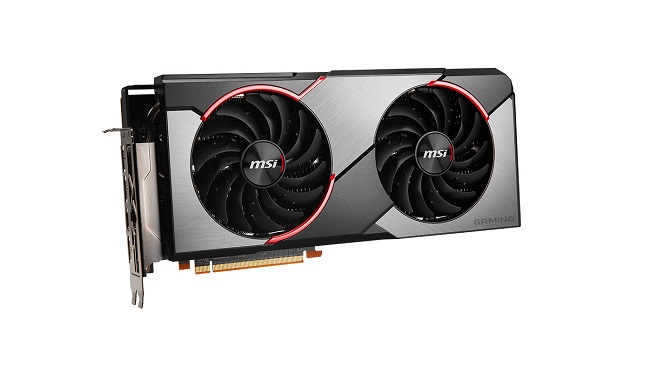 Both Asus and MSI have been cautious about applying the new firmware to existing RX 5600 XT cards. MSI explained this decision in a recent episode of its Insider show on YoutTube. The hosts of the MSI Insider show claims the original memory chips used in the RX 5600 XT are designed to run at 12Gbps chip, so applying a firmware update that increases bandwidth to 14Gbps could lead to RMA issues for customers.

Not only is there the possibility that users could brick the card due to a firmware update failure, but some of the memory chips used in the RX 5600 XT were also simply not certified to work at 14Gbps, so the silicon quality will have a huge impact on the ability to overclock the onboard memory to the higher frequency. Both MSI and Asus have opted to launch new 5600 XT SKUs that have 14Gbps memory out of the box, to ensure the cards will be guaranteed 100% stable and potentially causing fewer RMA returns of firmware flashed cards, rather than depending on silicon quality to run the high memory frequency.

KitGuru says: MSI has launched the 5600 XT Gaming Z and Asus the ROG Strix TOP, both feature 14Gbps memory out of the box. Would you guys prefer to buy one of these knowing the memory can handle the higher bandwidth or would you take your chance with VBIOS update on one of the original cards?