Asus has submitted its RTX 3060Ti graphics cards to EEC (Eurasian Economic Commission). As per usual, EEC listings are registered a few weeks before launch, meaning that an official release of the RTX 3060Ti before this year ends is most likely going to happen.

This listing includes multiple Asus RTX 3060Ti models and series, but that doesn't mean that they will come out all at the same time. Some might not even get a release. 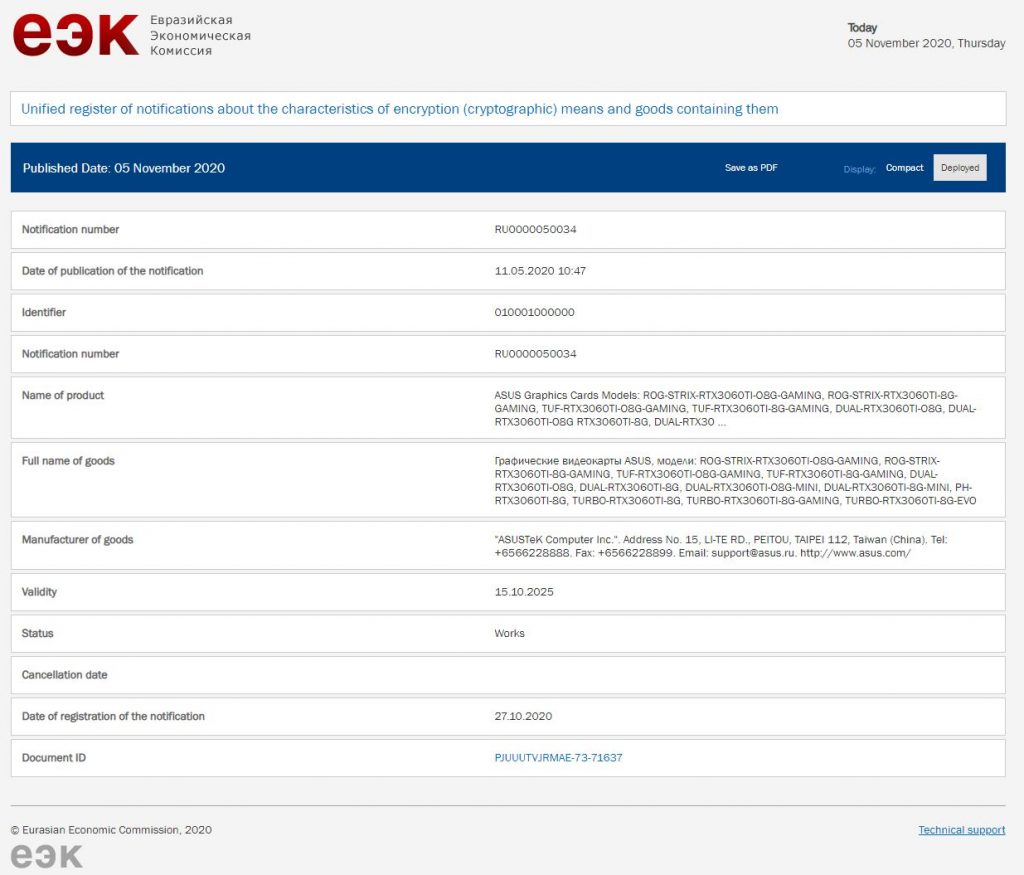 As seen on the codes in the listing, we can confirm that these cards will come with 8GB of GDDR6 memory. Remaining expected specifications include the GA104 GPU featuring 4864 CUDA cores, 152 TMUs, 152 Tensor cores, and 38 RT cores. Memory is expected to come clocked at 14GB/s on a 256-bit bus, resulting in a total bandwidth of 448 GB/s.

The RTX 3060Ti hasn't been officially revealed by Nvidia yet, but the latest rumours point to a launch on December 2nd.

KitGuru says: Are many of you looking to upgrade to a new xx60 series GPU?

Previous You won’t be able to buy PS5 consoles in-store at launch
Next Control: Ultimate Edition delayed for next-gen consoles